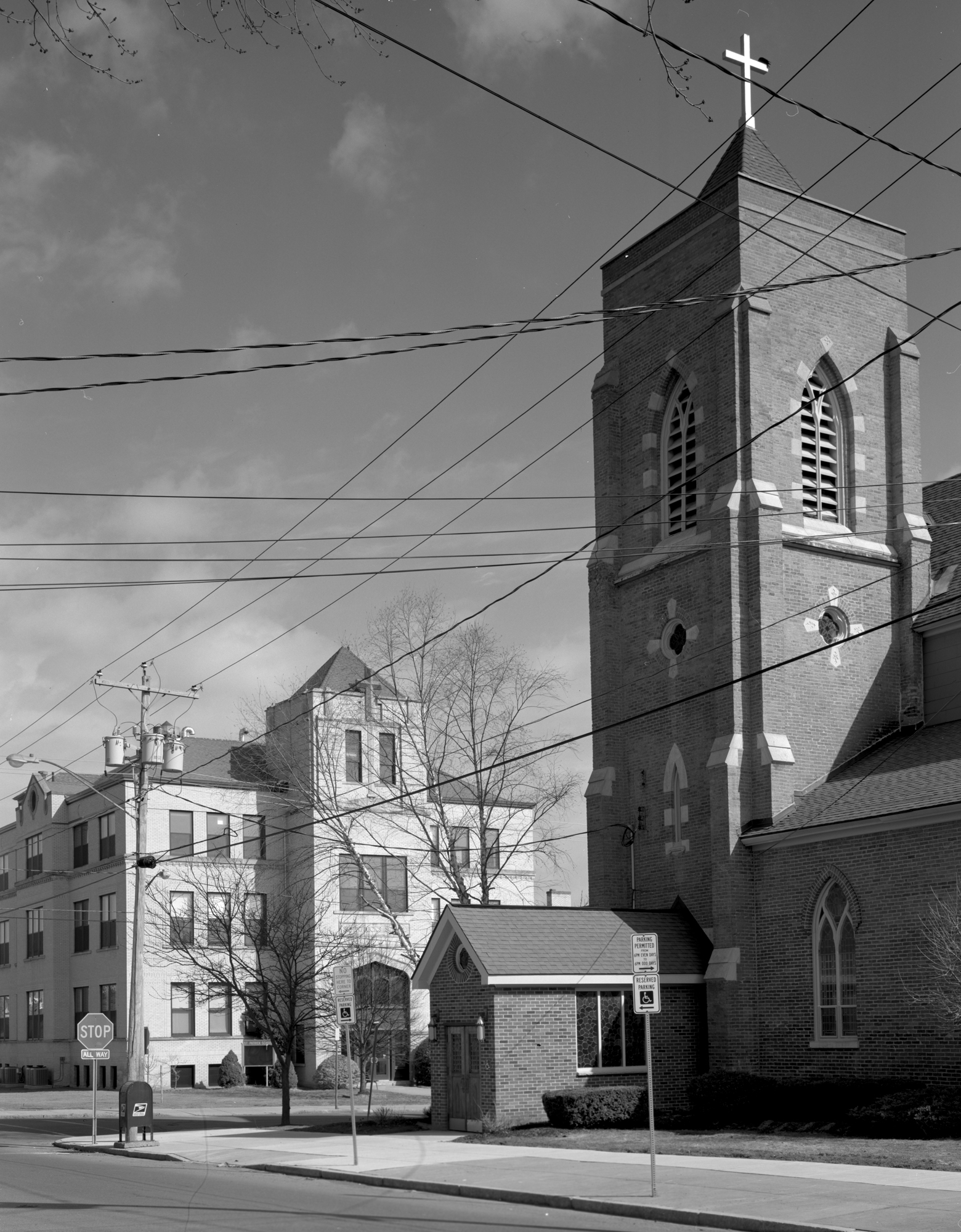 It is a valid question, one that I am asked on occasion. Why use black and white film?

The quickest and simplest answer is that the HABS/HAER standards that provide basis for much of the work that I do require it. Black and white film is inherently more stable, in terms of archival longevity, than either color film or digital files. Since the purpose of my work is to make as permanent a record as I can of important buildings, structures, and places that will be lost forever, that is is a compelling argument.

But when I’m not doing documentation work? I still much prefer the stuff, for many reasons.

A black-and-white photograph is an abstraction rather than a reproduction of subject matter. In its monochromatic state, it tends to emphasize form and tone at the expense of the total expression possible by color photography. Thus, if the purpose of the photograph is to illustrate the design statement of another artist, black and white becomes a highly communicative and honest way of doing so. Since this is frequently the purpose of an architectural photograph, the choice of black and white as a medium is dictated by excellence in stressing line and mass, rather than by matters of economy. However, if black-and-white photography is to be dramatic and demanding of the attention it deserves, it requires a photographer’s knowledge of and sympathy for subject matter. It also requires a certainty of technique and a feel for shapes and tones. It is at its best as a medium when it is given the respect which is its due. Good black and white does not happen as quick, inexpensive substitute for color. I feel that too frequently color, albeit like a layer of salve, indues a veneer like impact, thereby resulting in the often heard exclamation “What great color!” rather than a more genuinely desired response to form and design content.