Thanks for checking out my site! Allow me to explain a bit about me and my background, and how I might be able to help you on your project. 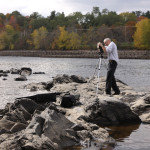 I am a consulting professional historian and documentation photographer, with experience in historic research and writing, HABS/HAER-level photography, historic architectural surveys, and Section 106 consulting. I also meet and exceed the National Park Service’s Professional Qualifications Standards as both historian and architectural historian, defined at 36CFR Part 61. I’m based in Syracuse, NY, and am happy to travel anywhere.

As for the basic biographical details, I am a native of central/western NY, and attended Allegheny College in Meadville, PA whence I received my BA in History in 1985. Following a summer with the Historic Deerfield Summer Fellowship Program, I headed south to the University of South Carolina in Columbia, for what was then called the Applied History Program (now the renowned USC Public History Program). I finished my MA at USC in 1988, and from 1987 until 1990 I was the Acting Director of the Hezekiah Alexander Homesite in Charlotte, NC (now a part of the vastly enlarged Charlotte Museum of History). I then hied myself off to Vanderbilt University for a second round of graduate school, receiving my Ph.D. in history in 1998.

Despite my academic training, I am far more comfortable in a client-based setting, which allows me to have a specific purpose for my research, writing, photography, and consulting. I began work as a consulting historian in 1995 as the Senior Historian and Architectural Historian with Brockington and Associates in their Mt. Pleasant, SC office. I remained there until 2003, when I accepted the position of Senior Cultural Resources Specialist with Kleinschmidt Associates, in their Syracuse, NY office. When Kleinschmidt decided to close their office here in Syracuse in 2009, my wife and I decided to stay and I became an independent consultant.

As a consulting historian, I focus on the documentation of significant historic buildings, engineering and industrial structures, places, and landscapes. The work that I do both as a historian and as a photographer, and as an architectural historian for architectural surveys and National Register nominations, contributes to a sort of public memory. I am a historian because I see the world in terms of continuity through time, and these physical artifacts are the prods to our memories, helping to make the past present to us.

These artifacts, however, are in a nearly continual process of change, and while I do what I can to see that they are not discarded capriciously simply because they are old or inconvenient, I also recognize that we cannot save everything. Sometimes, we need to make way for new things that represent our best efforts, just as the buildings from the past represent our ancestors’ best efforts. Whether a building, structure, or landscape remains intact or has to be removed, I try to make sure that it is treated with respect and that it remains a part of the community’s memory.

I am an experienced journeyman historian, very familiar with the range of sources that allow me to tell the stories of the vast range of places where I have worked–cities and towns from southeastern Alabama to the northernmost reaches of Maine, military bases for nearly all of the branches, and hydroelectric facilities throughout the nation. I love to tell the stories of places, to recapture and represent the continuities from past to present.

In addition to my work as a historian, I am an accomplished documentation photographer.  I shoot almost exclusively in the 4×5 format, using a modern wooden field camera. I also use primarily black and white film, from a combination of personal preference, regulatory requirements (black and white film is inherently more stable, archivally speaking, than color film or digital files), and my ability to process and print these negatives on my own. I use the extraordinary facilities of the Community Darkrooms here at Syracuse University, where, as a member, I can process negatives, make traditional darkroom prints of nearly any size, and scan my negatives with a high-level Imacon scanner.

I do all of my photography, whether as a consultant or for personal, volunteer projects, in accordance with the standards of the Historic American Buildings Survey/Historian American Engineering Record (HABS/HAER). HABS was a New Deal program from the 1930s that employed out of work architects and historians in the documentation of major historical landmarks, while HAER was an addition in the late 1960s that drew from a growing interest in America’s industrial history. Their collections at the Library of Congress are a monumental contribution to the American Memory.

While I work by myself as an independent consultant, I also take great pleasure in pulling together a very effective team to make sure that my clients receive exactly what they need to keep their projects moving forward. I’ve attached links to several of those with whom it has been my pleasure to work.

As an independent consultant, I have a great deal of flexibility in terms of scheduling, and I work very hard to be as responsive to my clients’ schedules and budgets as possible. In addition to history and photography, I have a passion for completing projects within the schedule and budget to which I agree in discussions with my clients.

I do all of this work because I firmly that the past is to be valued, both for its own sake and for the sense of meaning and identity it gives to us in the present. As in so many things, G.K. Chesterton said it so much better than I ever could:

History Through the Lens > About Bruce G. Harvey