Continuing my series of posts on the HABS/HAER photography that I did on a volunteer basis on behalf of the Preservation League of New York State. The second round of Seven to Save photographs that I did in 2018 included a category: Wells Barns. This was a fascinating experience, and gave me access to barns unlike any that I have ever seen before. Visually, they were breathtaking interiors to photograph.

The Wells Barns take their name from their builder and designer, John Talcott Wells, Sr. Wells, the son of a barn builder in Monroe County near Rochester, NY, developed an innovative approach to designing the structural system of a barn that used laminated boards to create trusses that he then shaped into pointed arches. Much like a Gothic cathedral, these pointed arches allowed for tall open spaces. Unlike traditional post and beam construction, however, the Wells barns required no internal vertical supports, since the load was carried from the roof down the walls. Without interior posts, farmers could drive their wagons, and later their tractors, directly into the barn to unload hay. 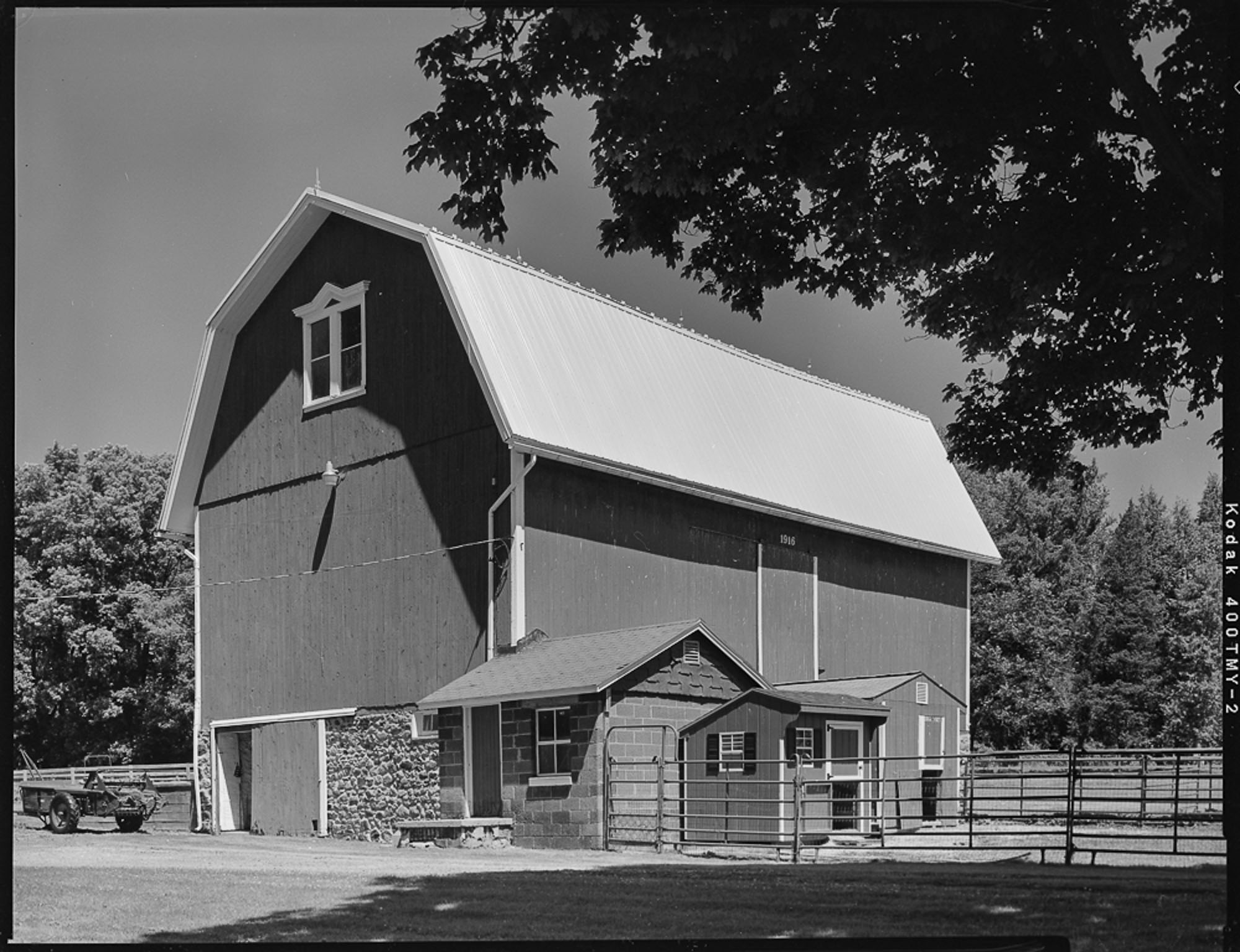 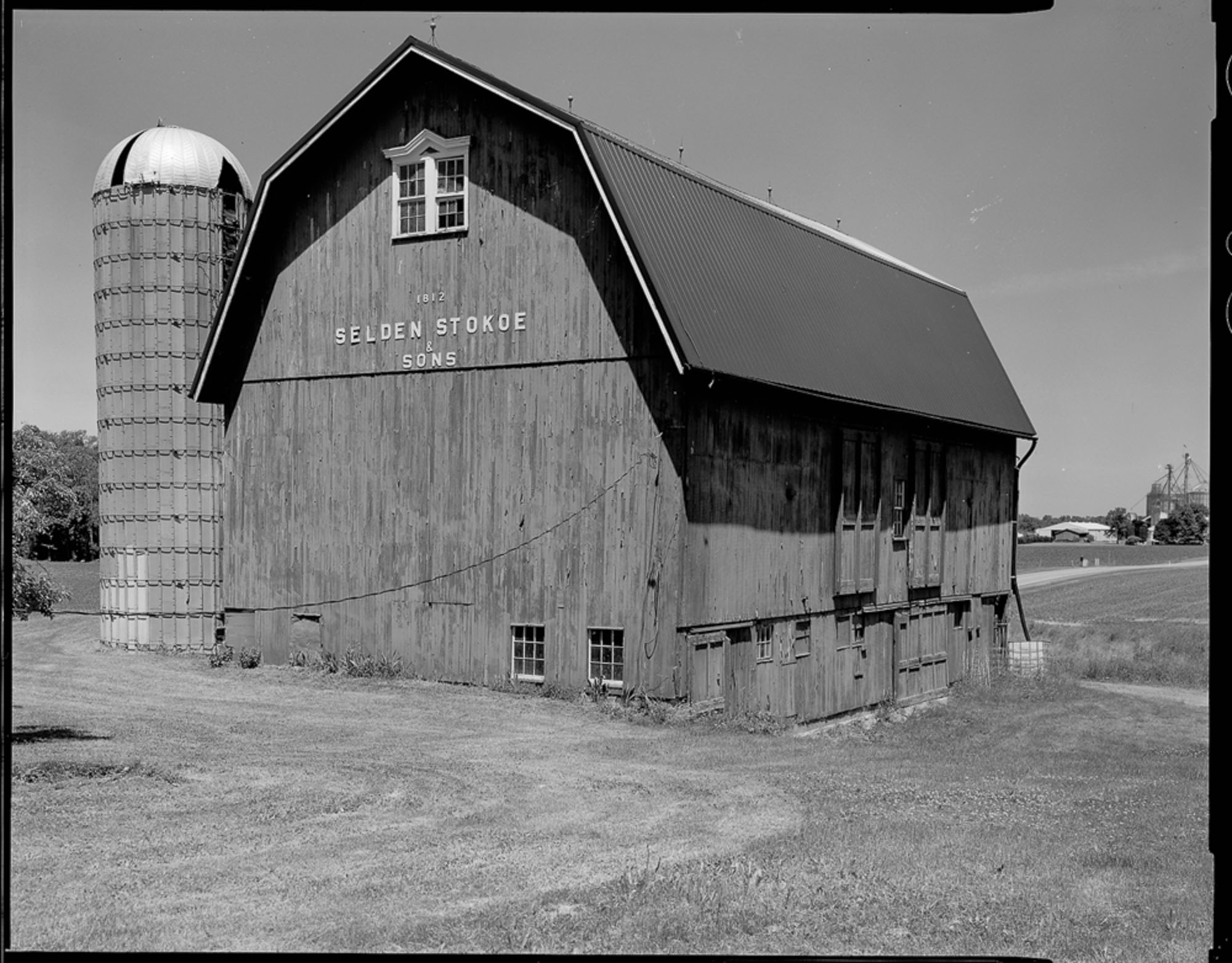 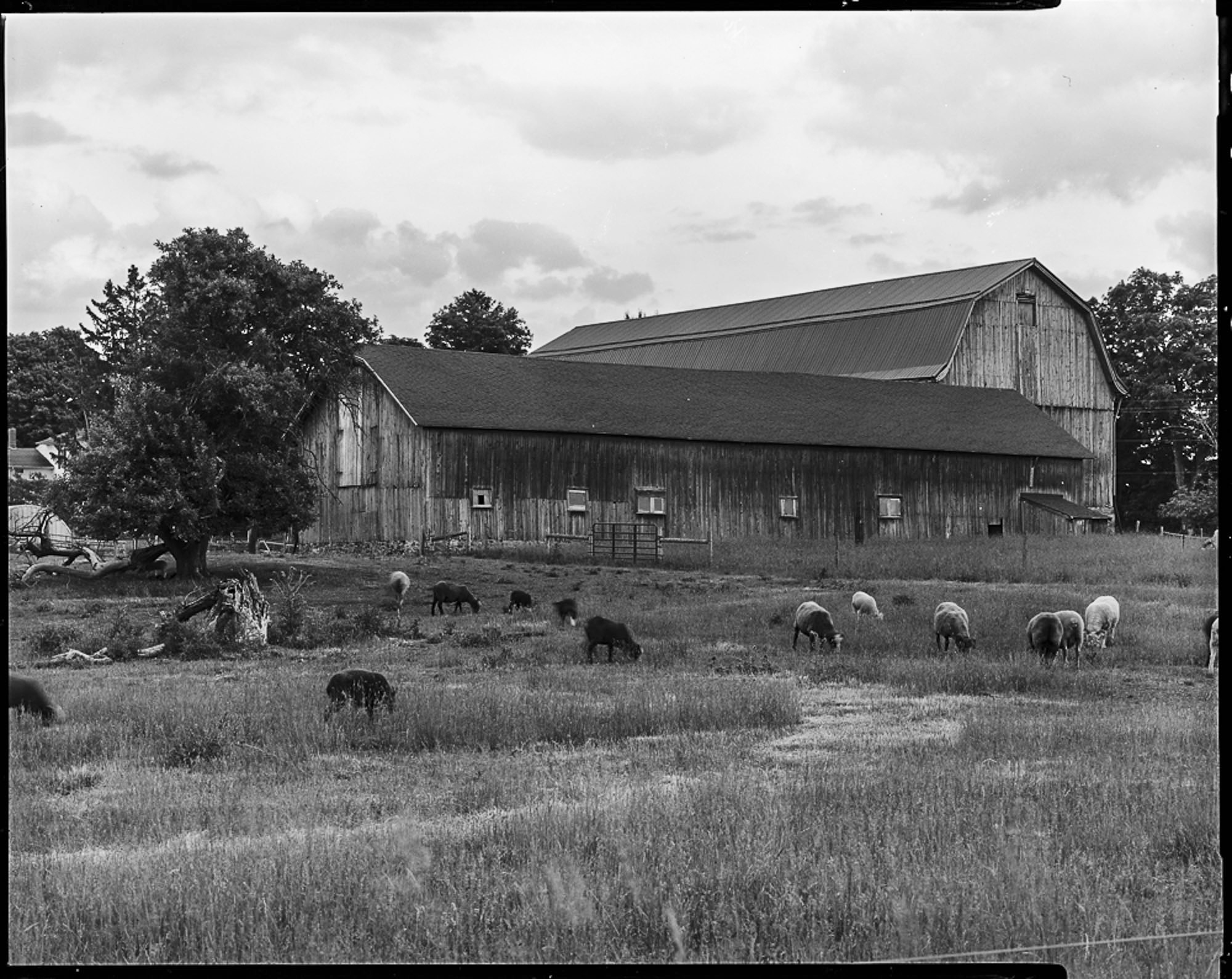 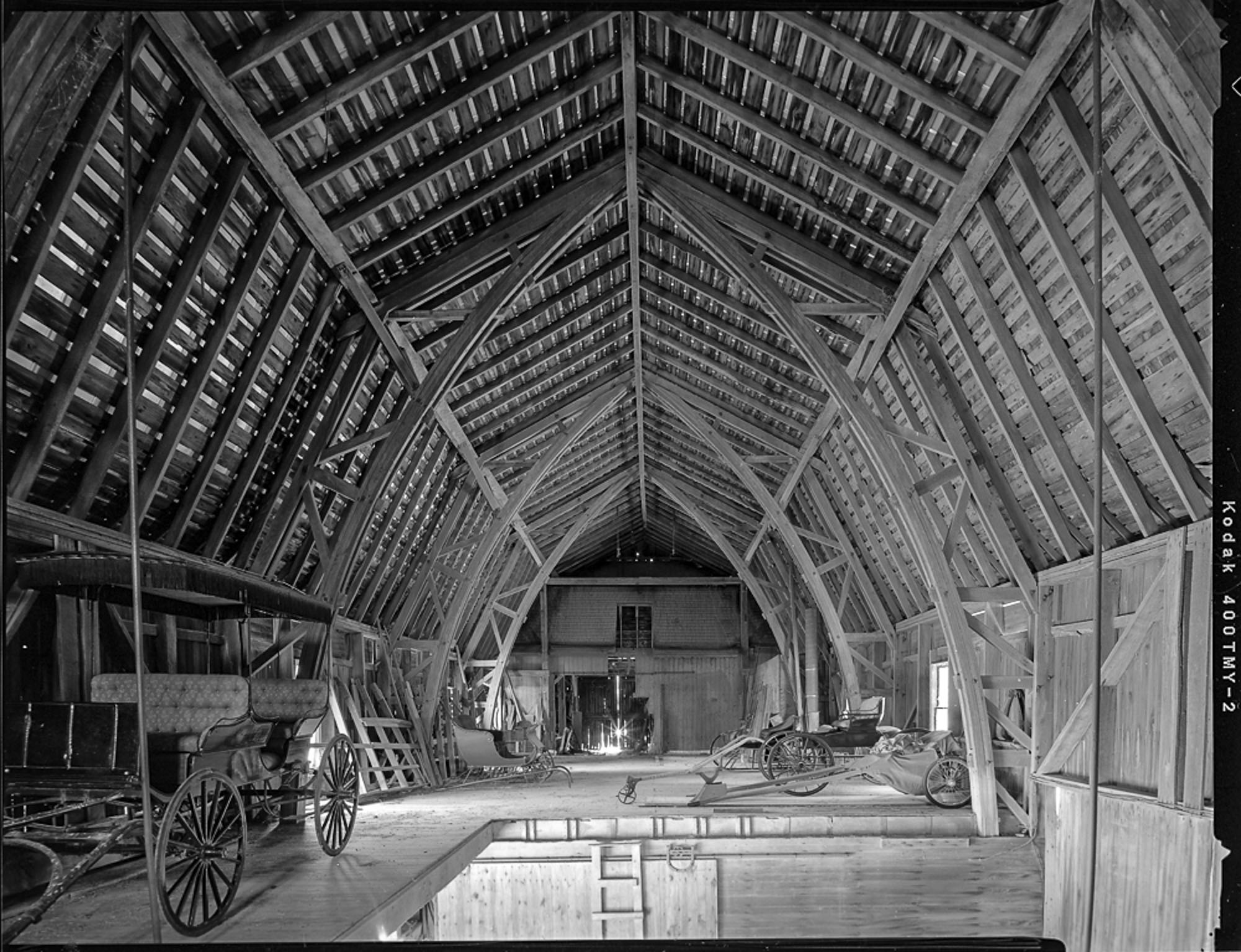 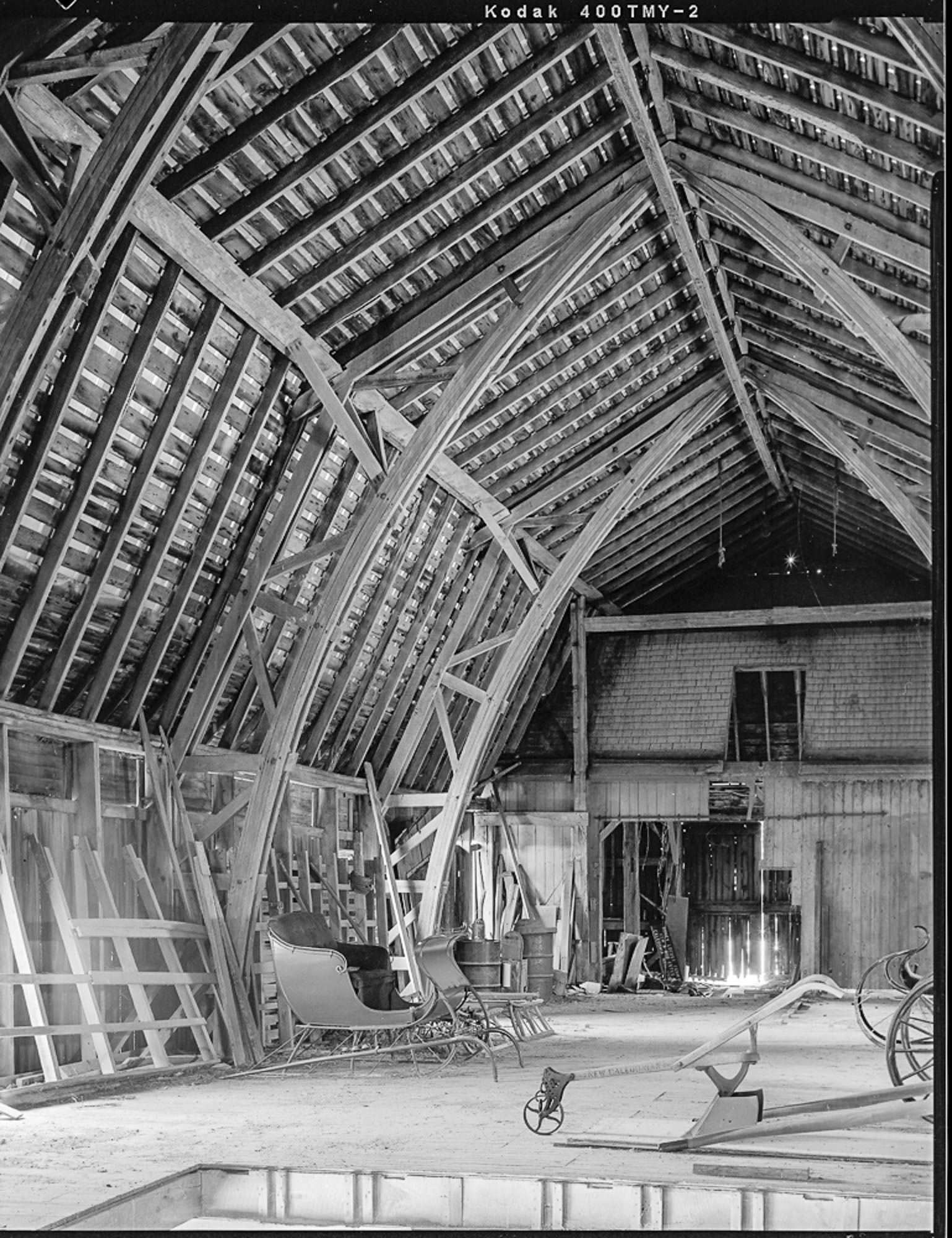 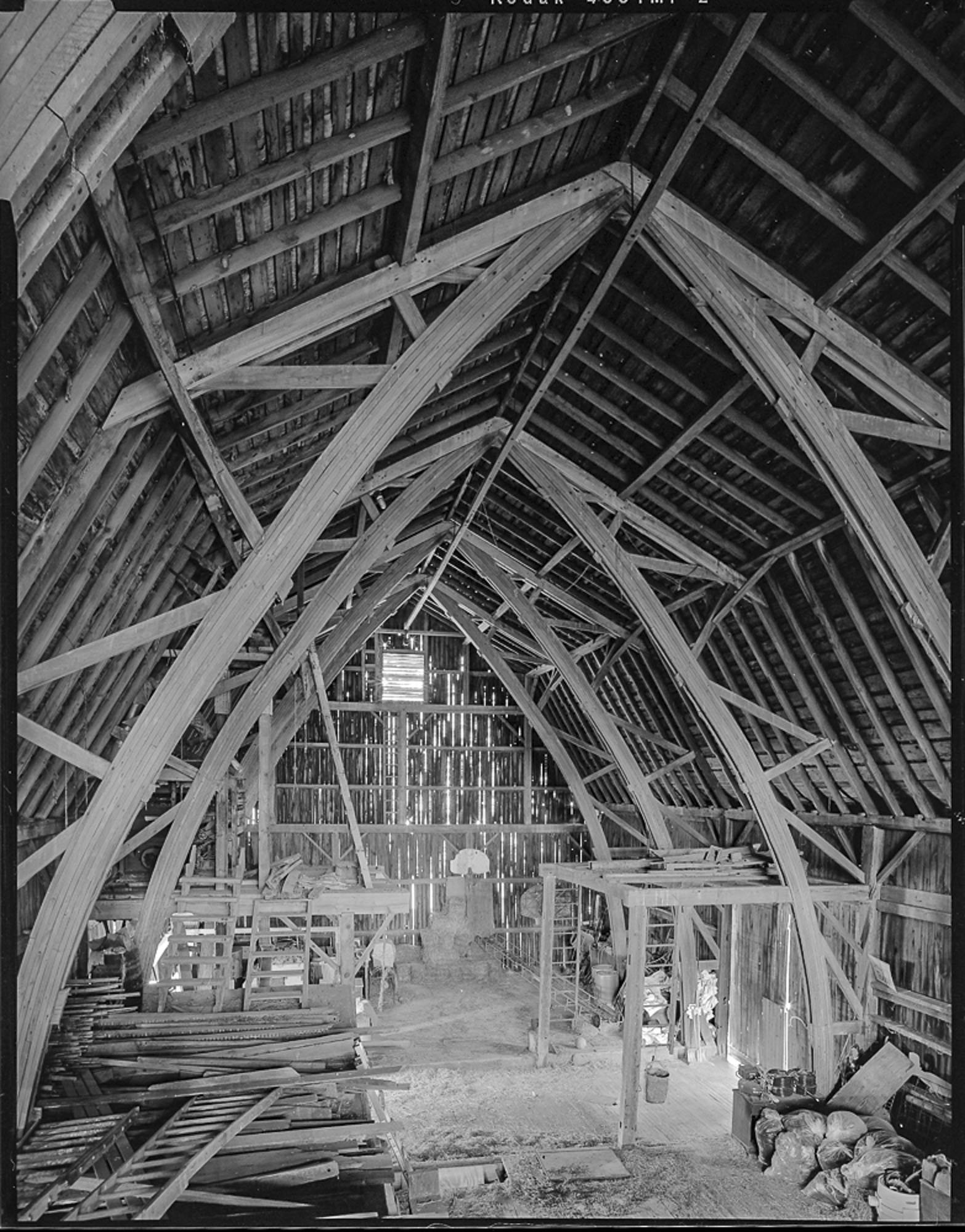 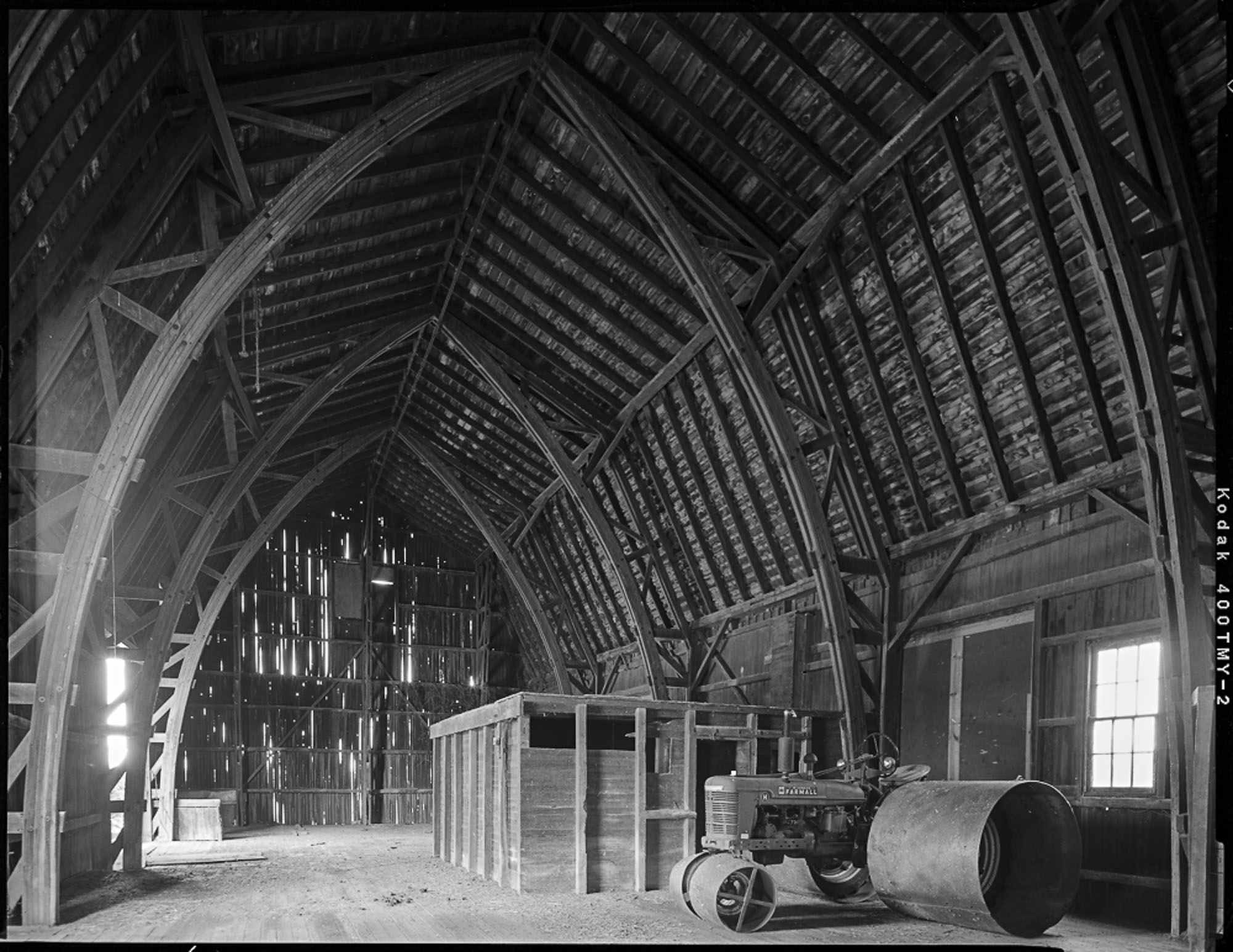 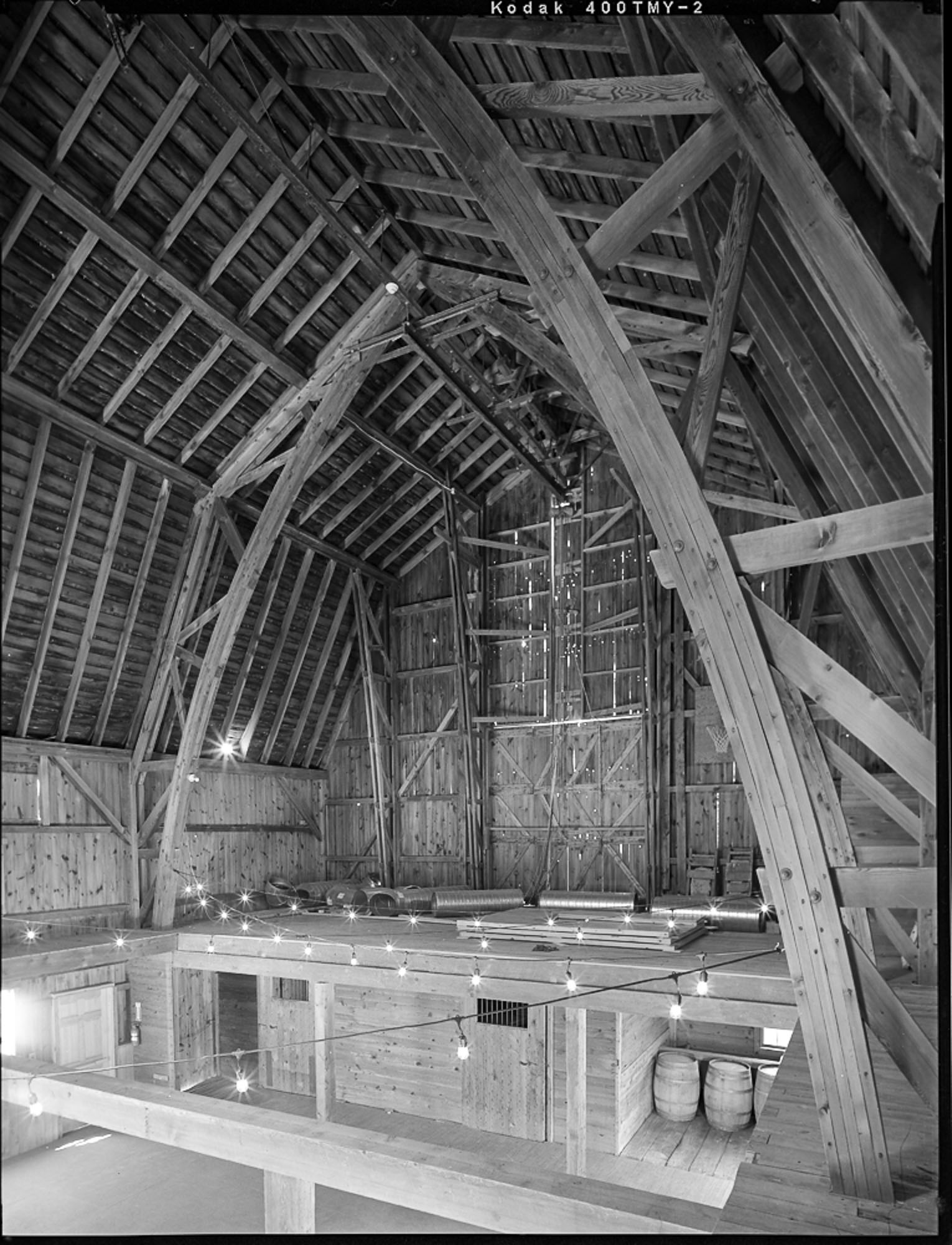 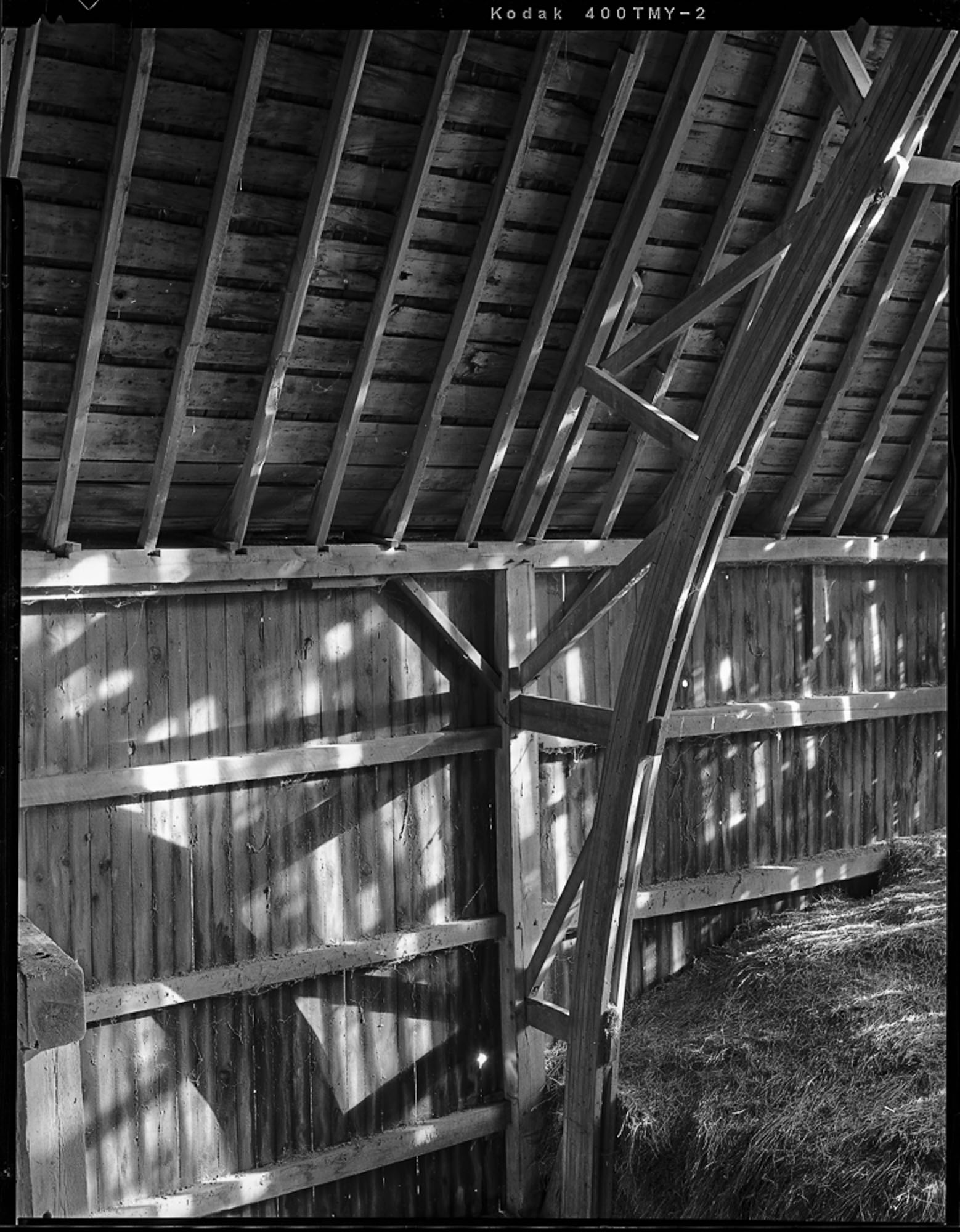 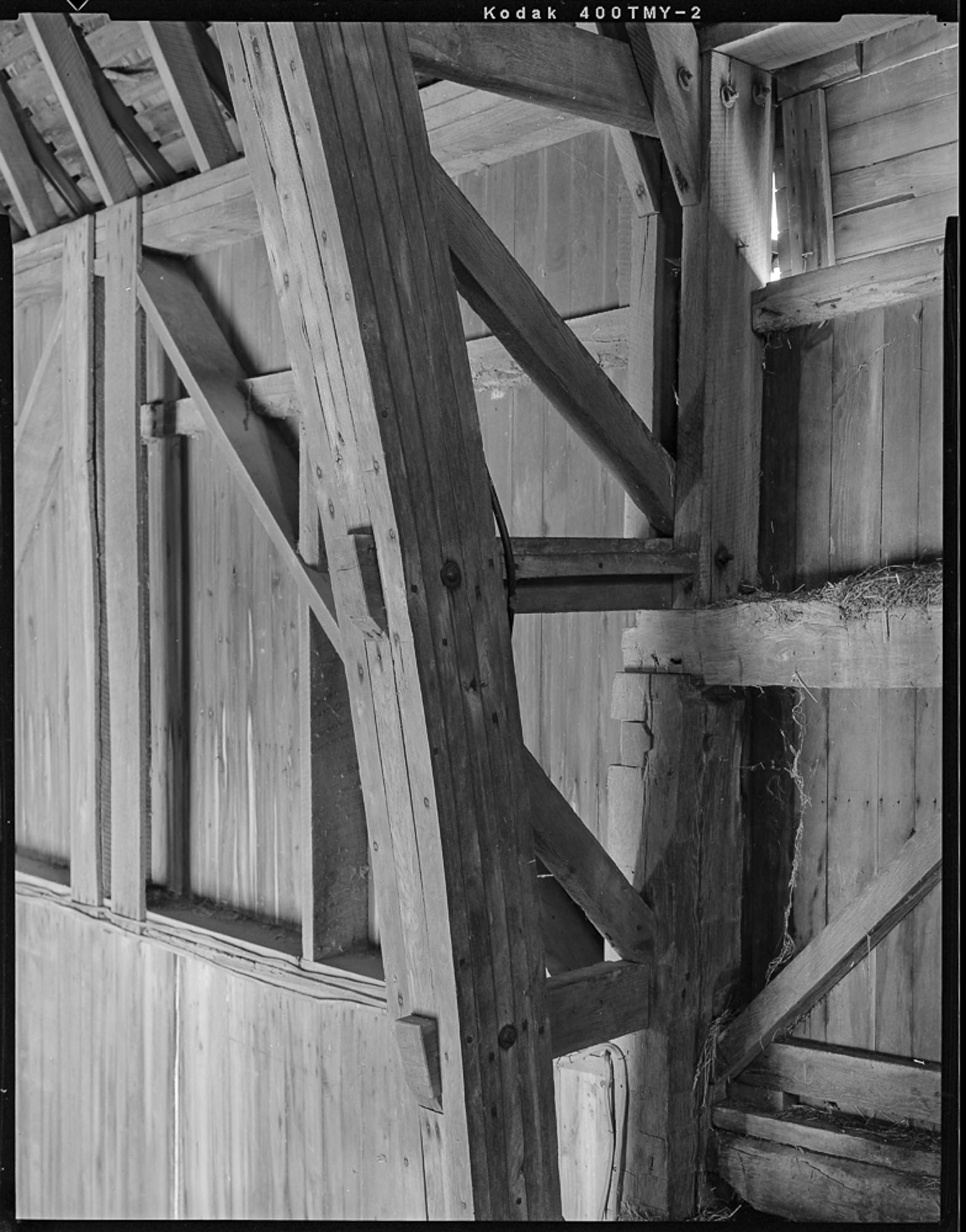 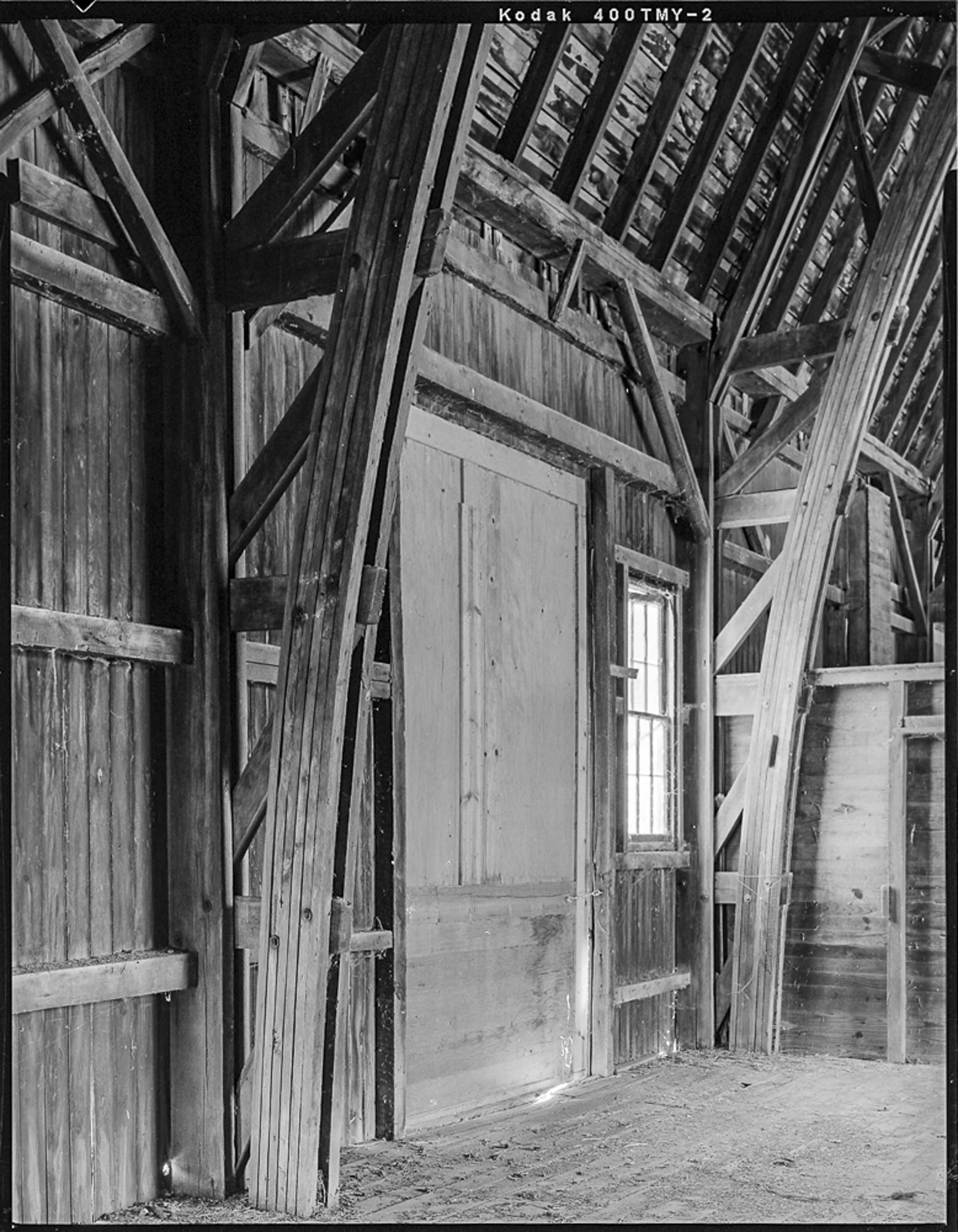 Wells received a patent for his truss system in 1889, and established a business building barns for farmers throughout the western New York region. His son, John Talcott Wells, Jr. took over the business and continued to build barns into the early 1940s. Unfortunately, with the decline in family farms generally, these barns are coming under increasing threat as lack of maintenance frequently leads to demolitions. The losses in recent years have been substantial, though many remain, some of them on active farms and some of them repurposed as event spaces. Local historians and enthusiasts created the Wells Barn Legacy Project several years ago, hoping to raise an awareness of these fantastic “County Cathedrals” and thus help to ensure the protection and preservation of as many as possible. It was a real joy to visit several of the barns near Rochester and to photograph them with the large-format camera.

History Through the Lens > Uncategorized > Seven to Save Photography: Wells Barns