The Great New York State Fair is a focal point in the annual calendar of rural New York State. Coming at the very end of August and ending on Labor Day, it is a riotous and fitting way to bring the summer season to a close. With my wife volunteering at the Wool Center, I wandered the fair grounds with my 4×5 camera in search of photographs. 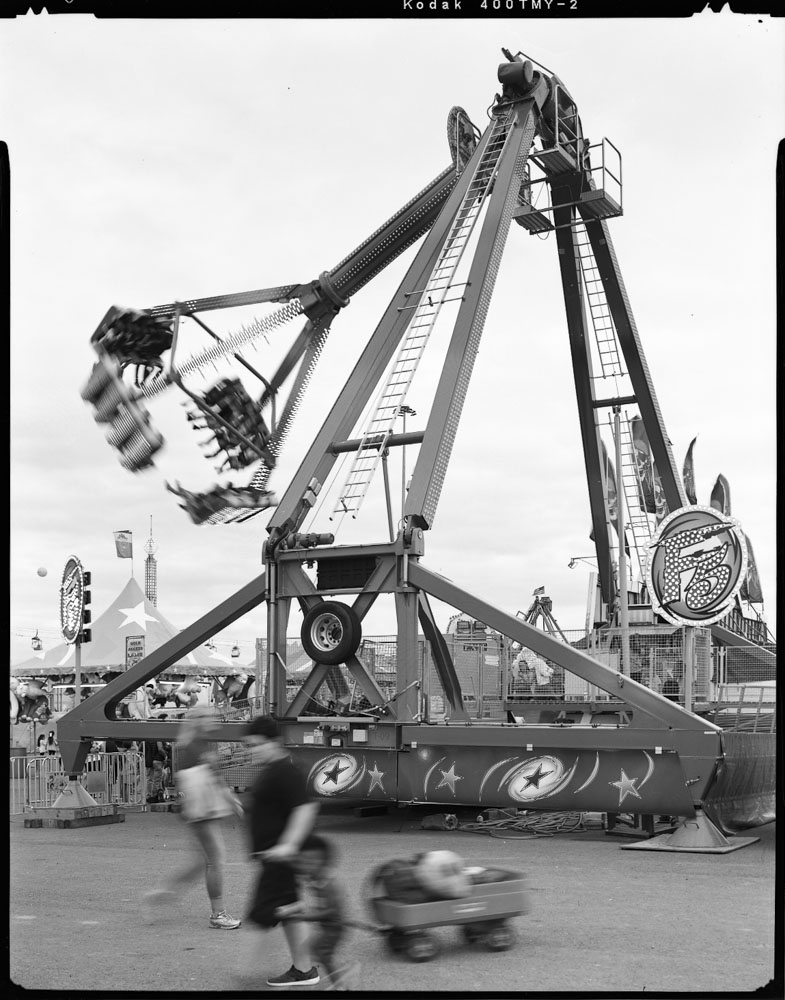 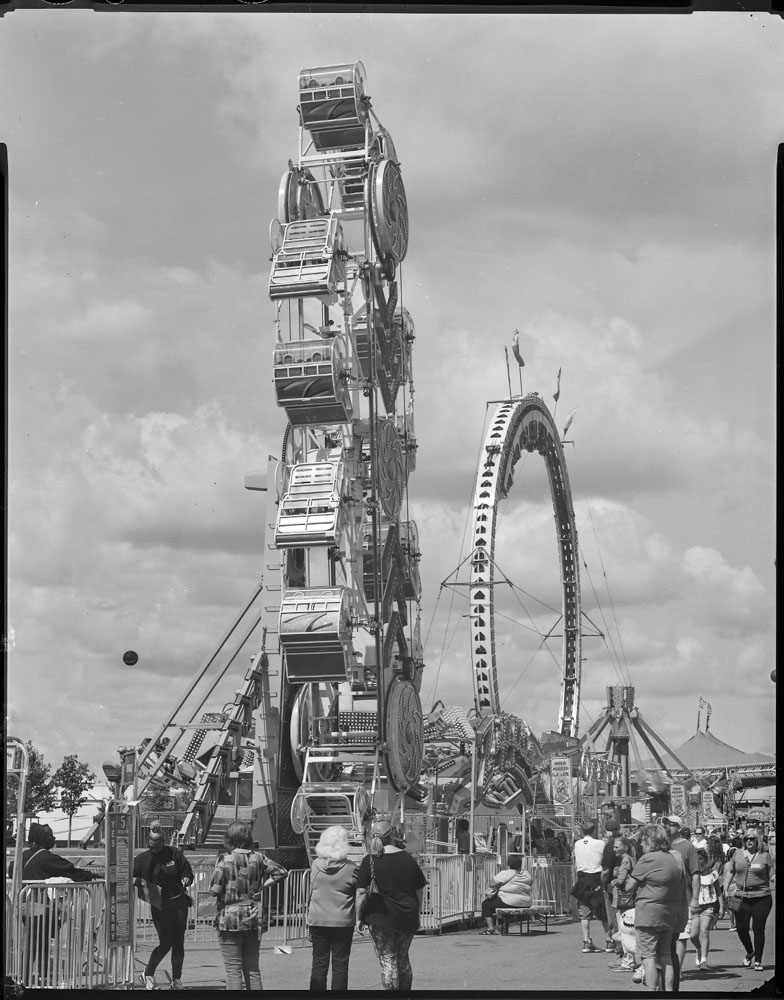 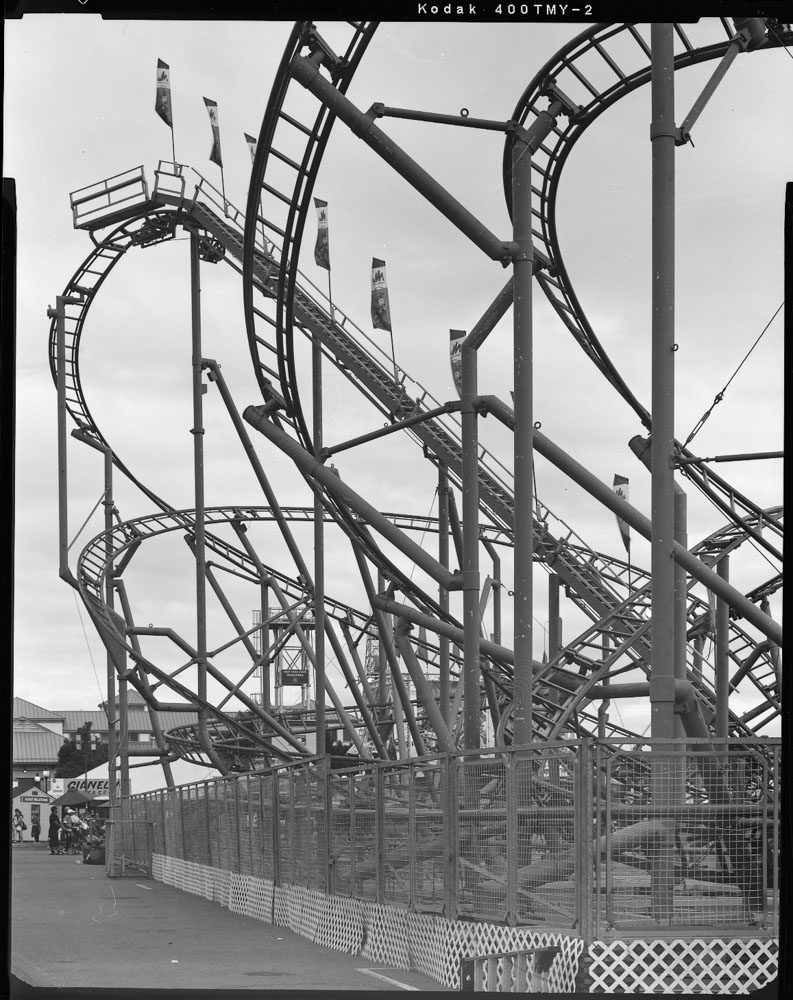 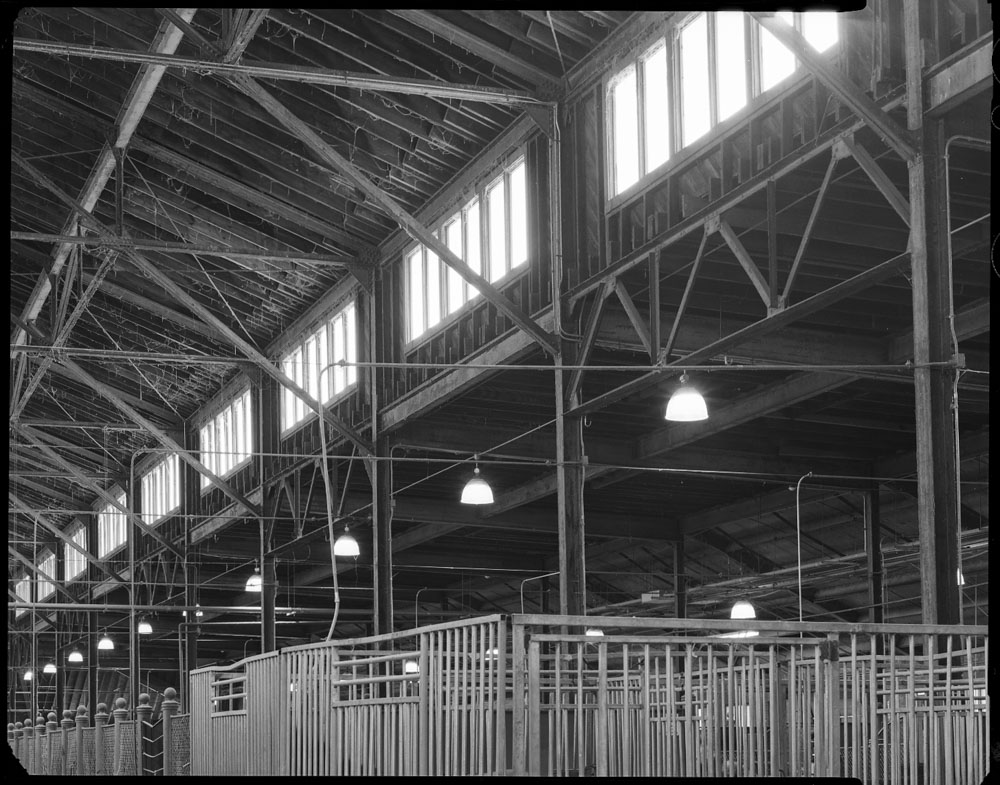 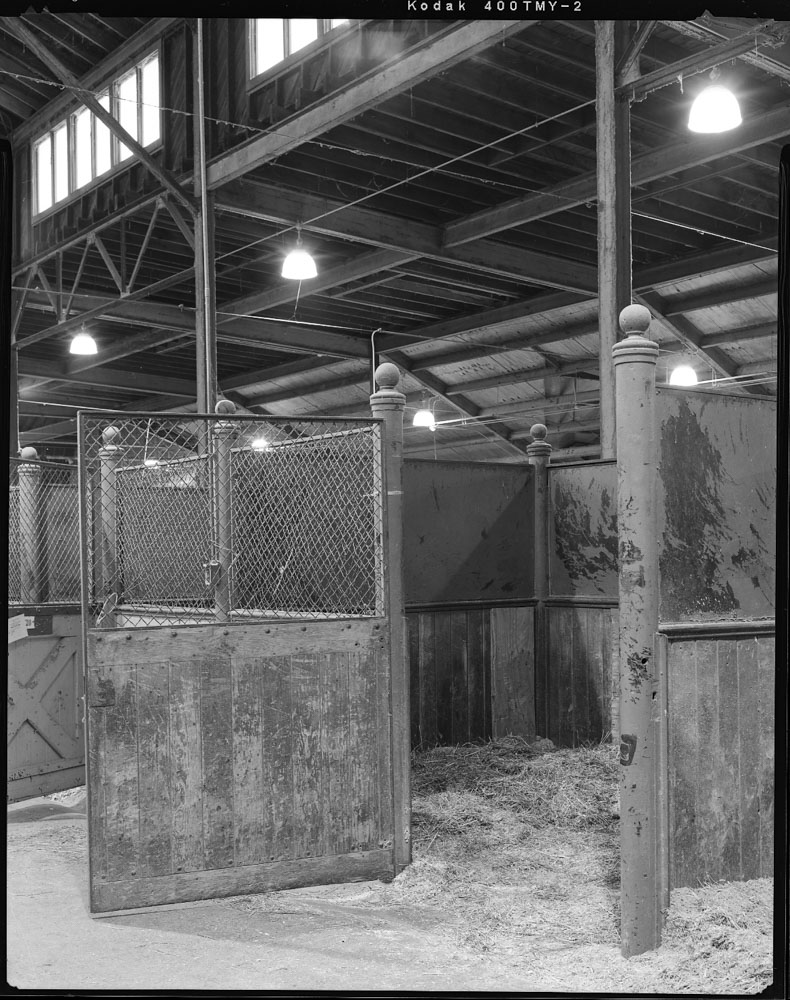 First held in Albany in 1841 under the auspices of the New York State Agricultural Society, the New York State Fair was held in a variety of cities throughout the state into the late 1880s. In 1889 a private company donated to the Agricultural Society a tract of land where the state fair’s current location on the western edge of Syracuse. The State of New York took over operation of the fair in 1899, and expanded the event through the early 20th century. After a hiatus during World War II, the State Fair reopened in 1948 and has continued ever since.

In years past I was drawn almost exclusively to the Main Horse Barn. Built in 1917, its interior is little changed and includes a remarkable metal framed roof structure that supports full-length clerestory windows. I returned there this year, but I also expanded my travels to include the Midway. The rides there give me the willies just looking at them, but I soon realized that they offered some wonderful compositions. While having the 4×5 camera on a tripod surrounded by so many people can be a hazard, all worked out well, and I got some photos that I quite enjoyed.