The Seven to Save list which was released by the Preservation League of New York State in 2016 included this architectural landmark, the Dutch Reformed Church in Newburgh, NY. The City of Newburgh’s Planning Department arranged for me to see the interior of the church in late March of 2016 so that I could conduct a short bout of HABS/HAER photography. 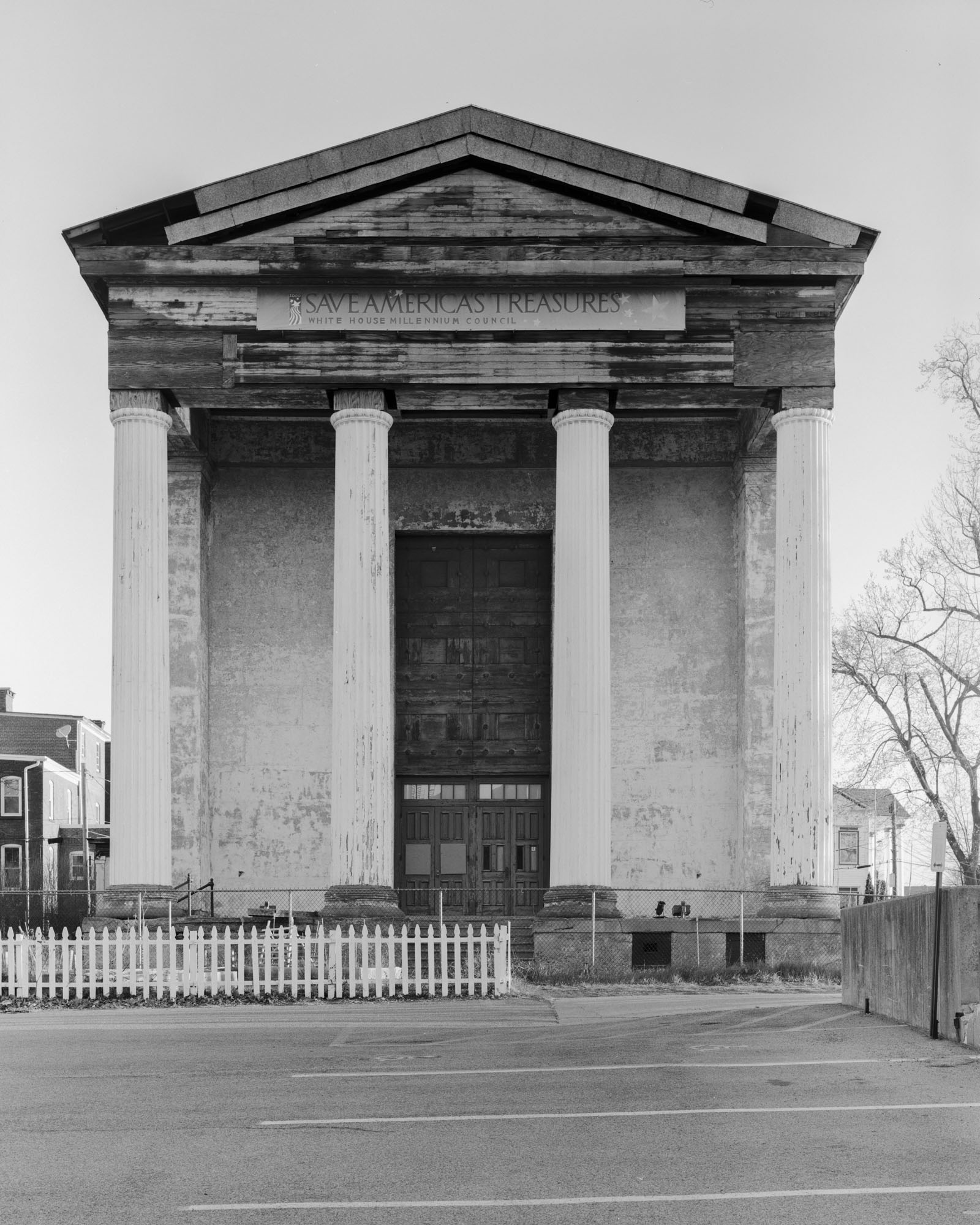 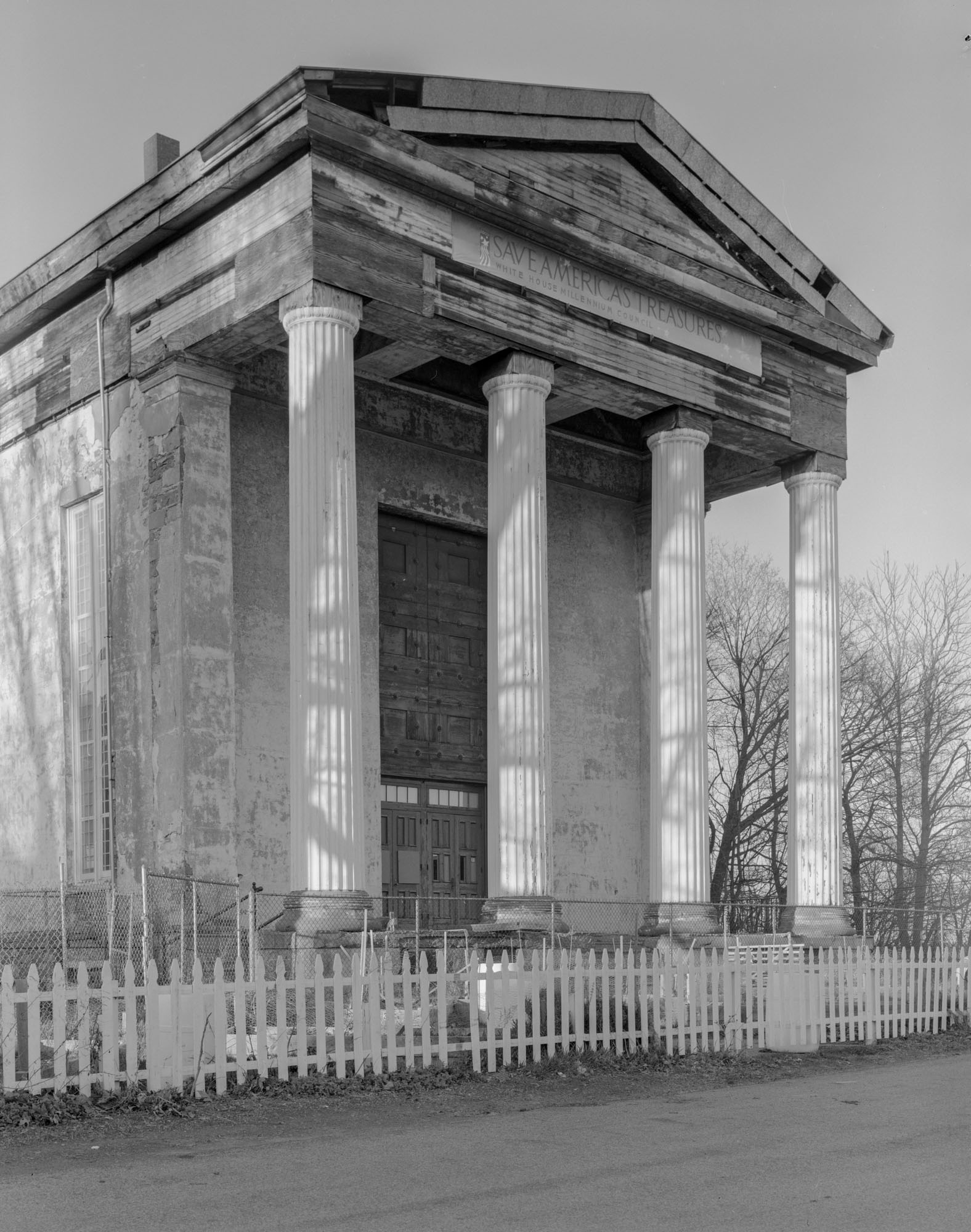 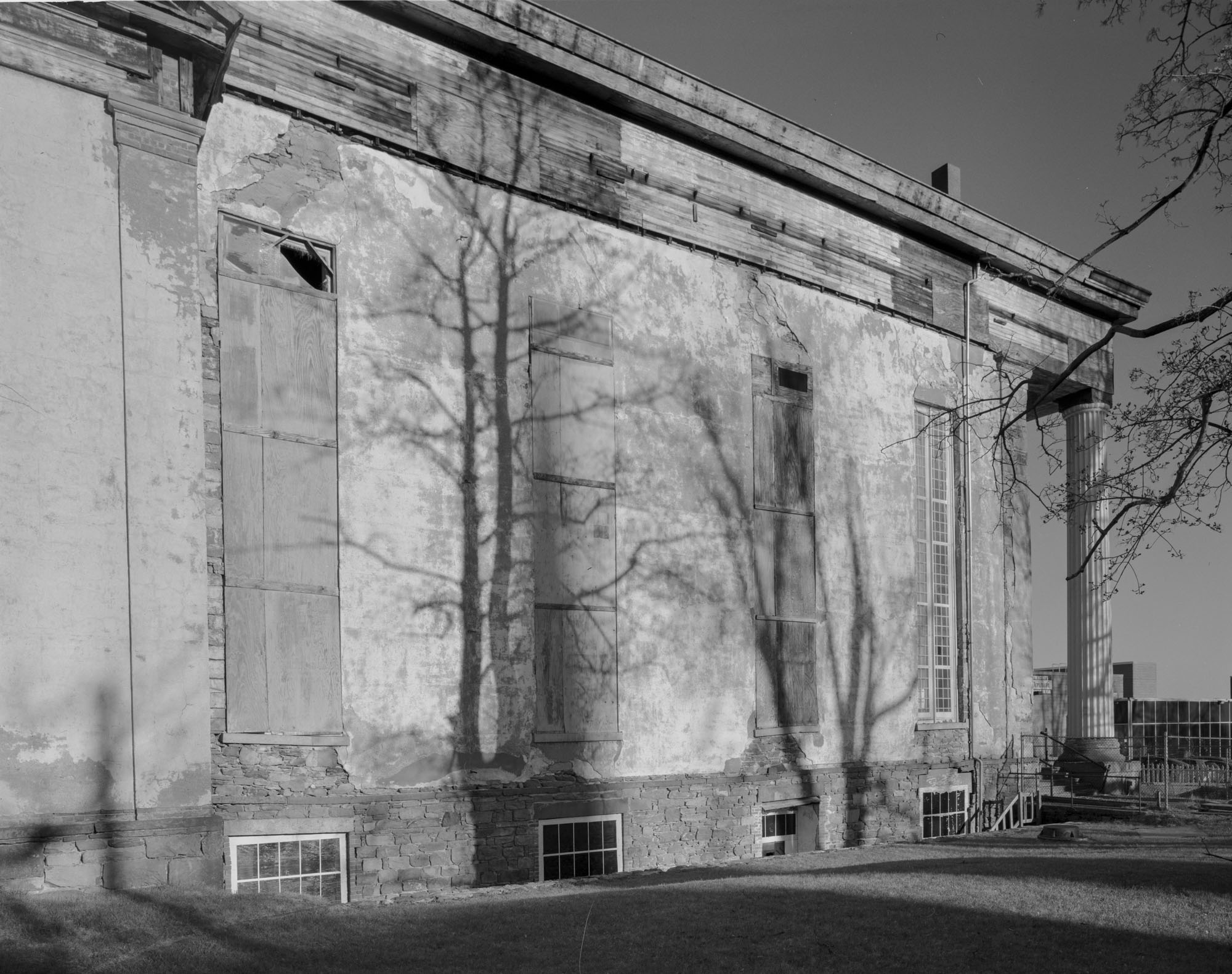 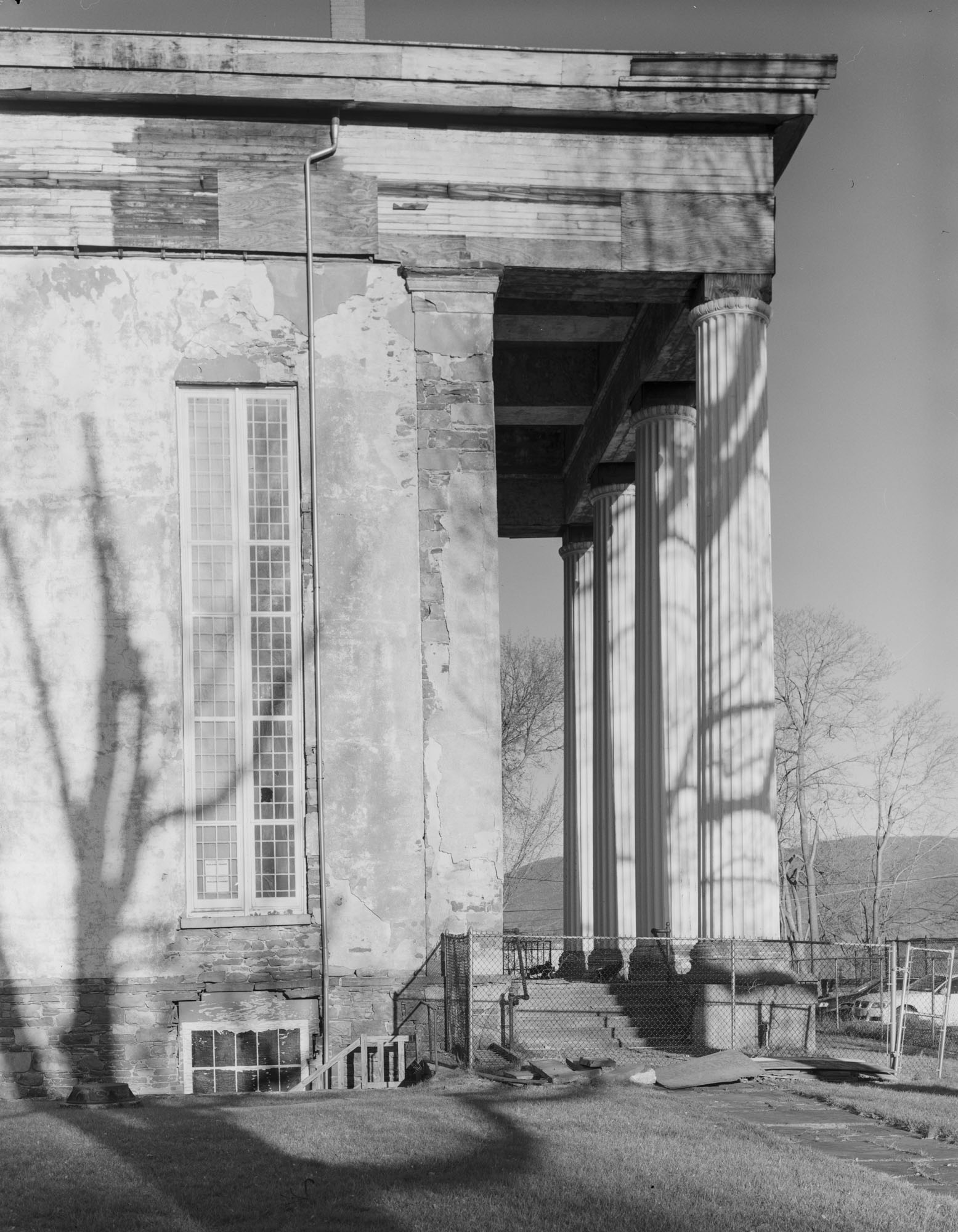 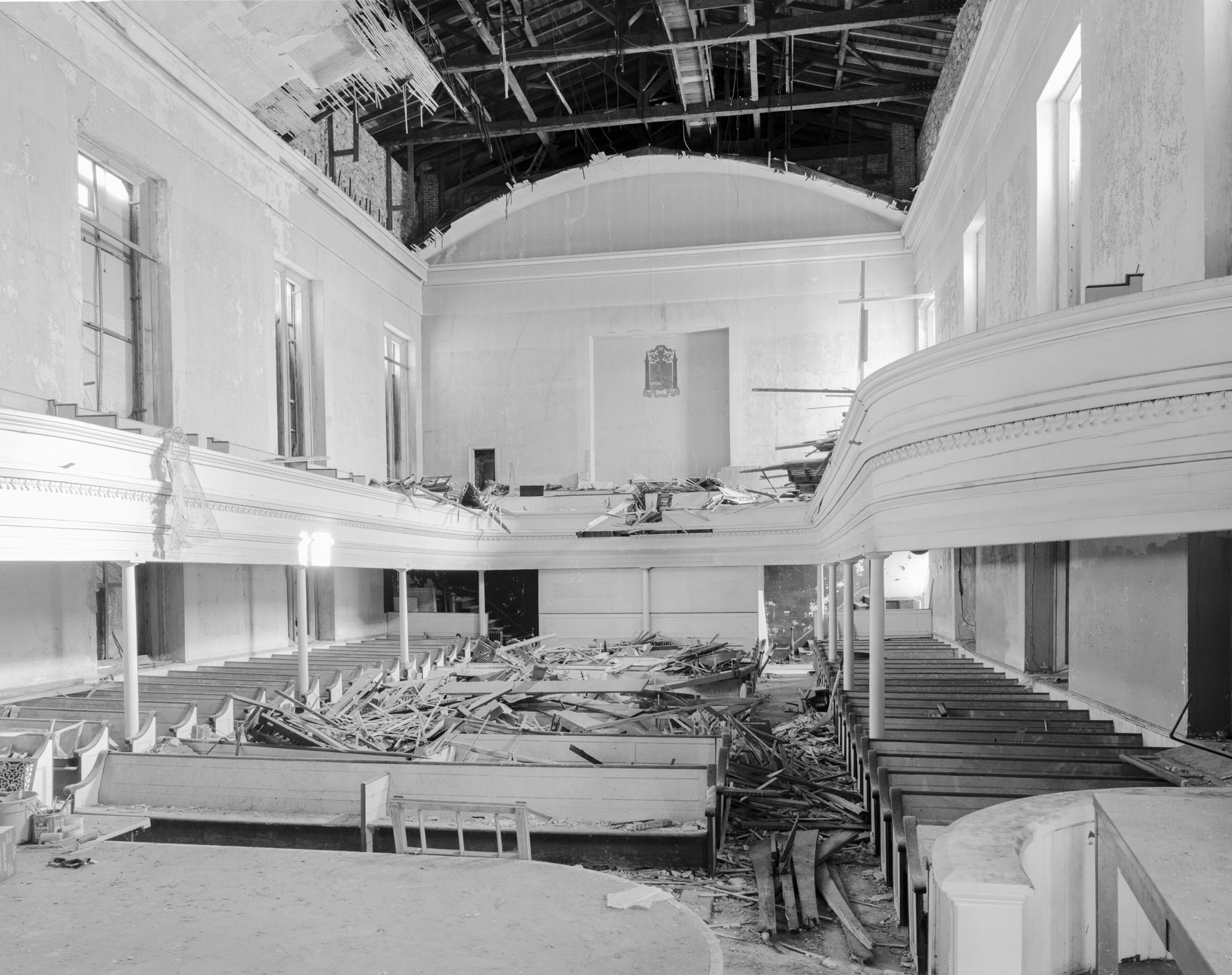 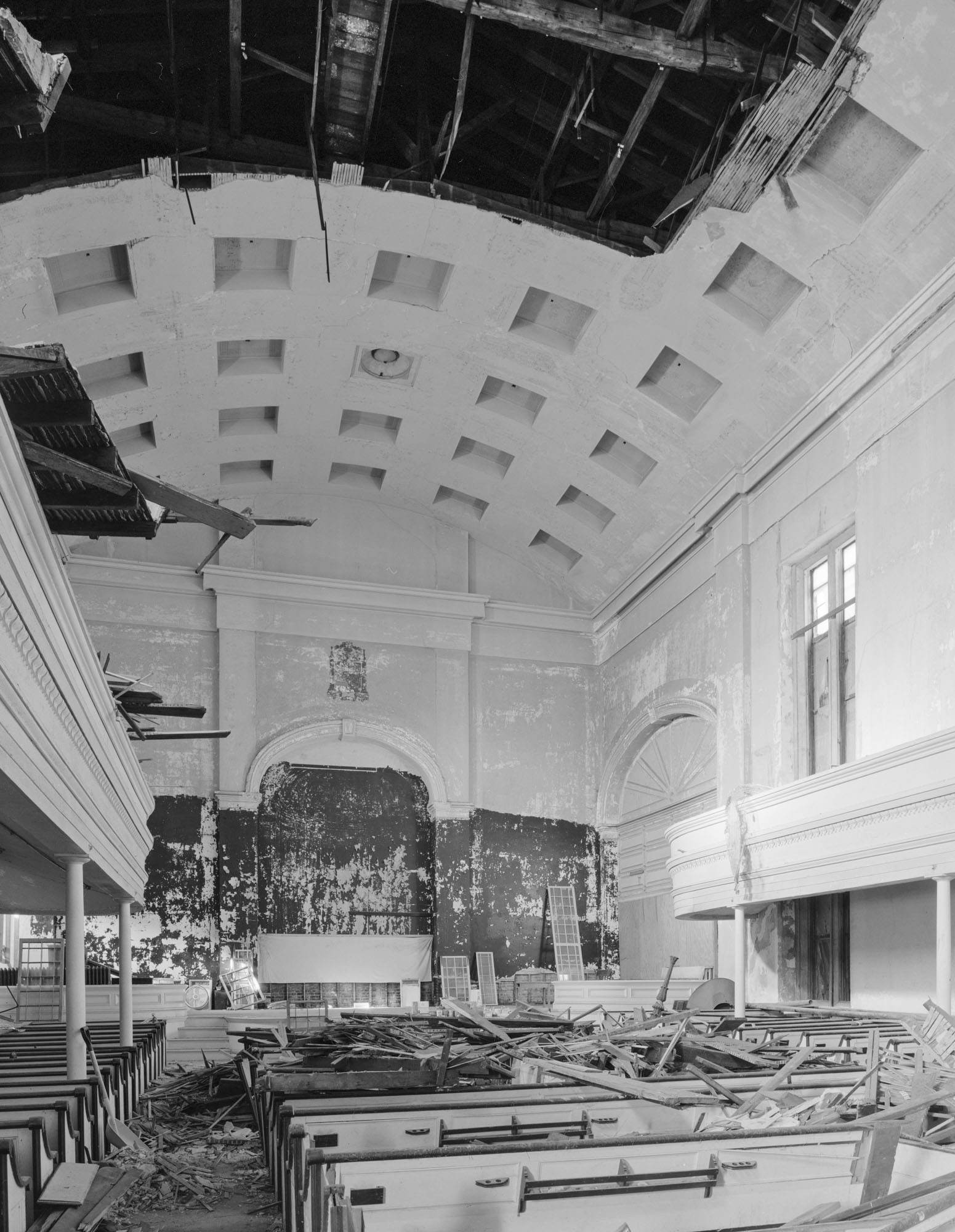 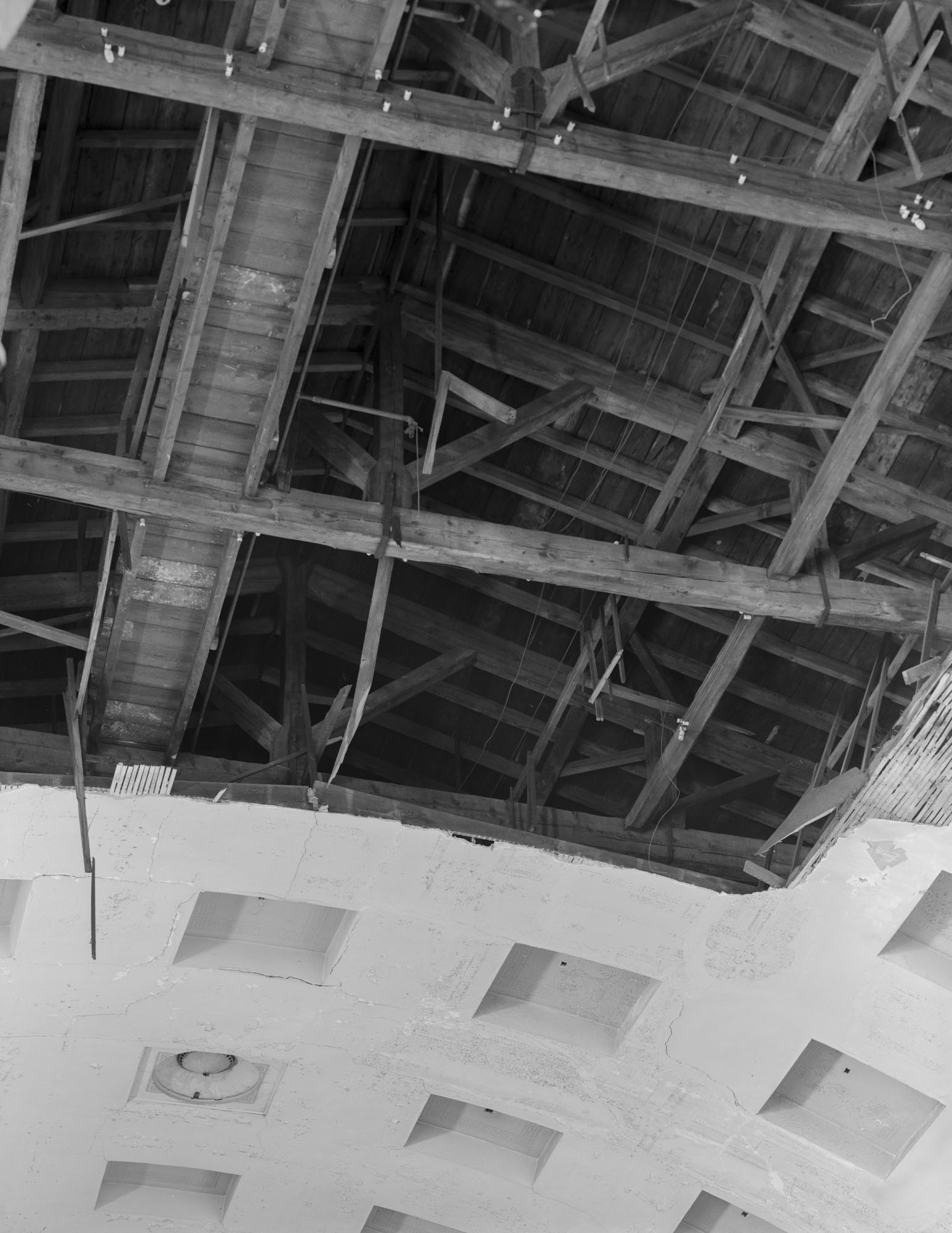 The church was designed by the famous architect A.J. Davis, who was born in New York City in 1803 and grew up largely in upstate New York. Working with the architect Ithiel Town, he designed many prominent buildings in the fashionable Greek Revival style before turning to a range of picturesque designs.

Newburgh was fast becoming an important merchant town on the Hudson River in the 1820s and 1830s. In 1835 the new Reformed Protestant Dutch Church of Newburgh commissioned him to design their church building, which he patterned on the Temple of Ilissus and on a temple from the Acropolis, all in Greece. The building was completed in 1837, and served the congregation until 1967 when it moved to a new location.

After being acquired by the City of Newburgh it saw various short-term uses, but has sat vacant and deteriorating since 1984. The church a Save America’s Treasures Grant in 1999, was named a National Historic Landmark in 2001, and was put on the World Monument Fund’s Watch List in 2006. Despite this attention, it remains in danger, particularly after a partial collapse of the ceiling in 2012. Finally in 2017, the City of Newburgh selected Alembic Community Development to work with the community on a reuse plan.