I have worked with the Preservation League of New York State on a volunteer basis since 2016, providing HABS/HAER photography for their Seven to Save program. Through this program the League identifies the state’s most important and threatened historic resources. Every two years the League selects seven threatened properties or groups of properties. Over the course of those two years the League’s staff works with local sponsors to address the particular threats facing each property.

In 2016 the League included the Gould Memorial Library on its Seven to Save list. Completed in 1899, it was designed by Stanford White, one of America’s most important architects. This magnificent library originally served as the centerpiece for New York University’s new University Heights campus. White based his design on the Pantheon of Rome, with a central dome above a Greek cross plan. The coffered ceiling of the dome rises above the three-story circular reading room, supported by 16 massive marble columns with Corinthian capitals. 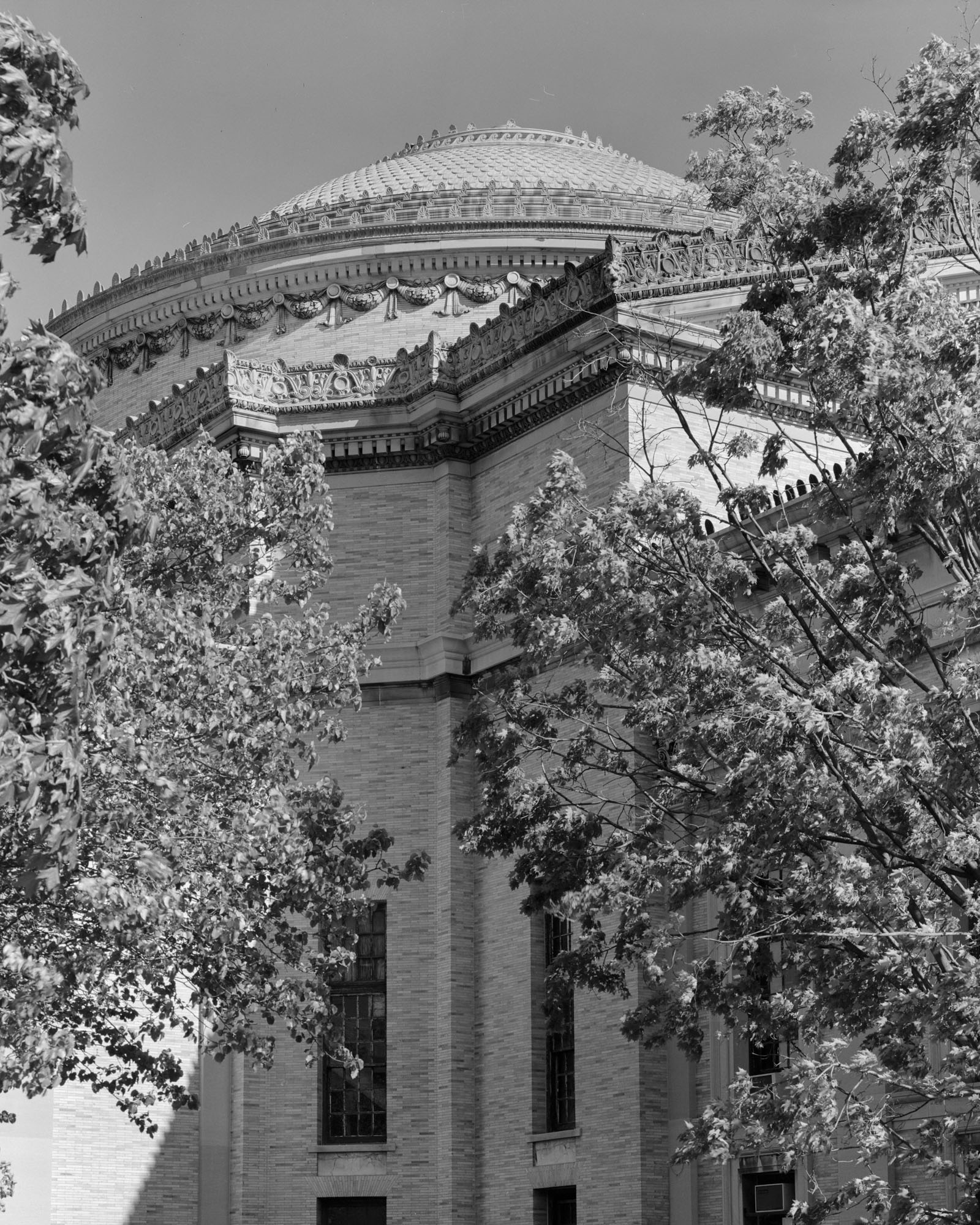 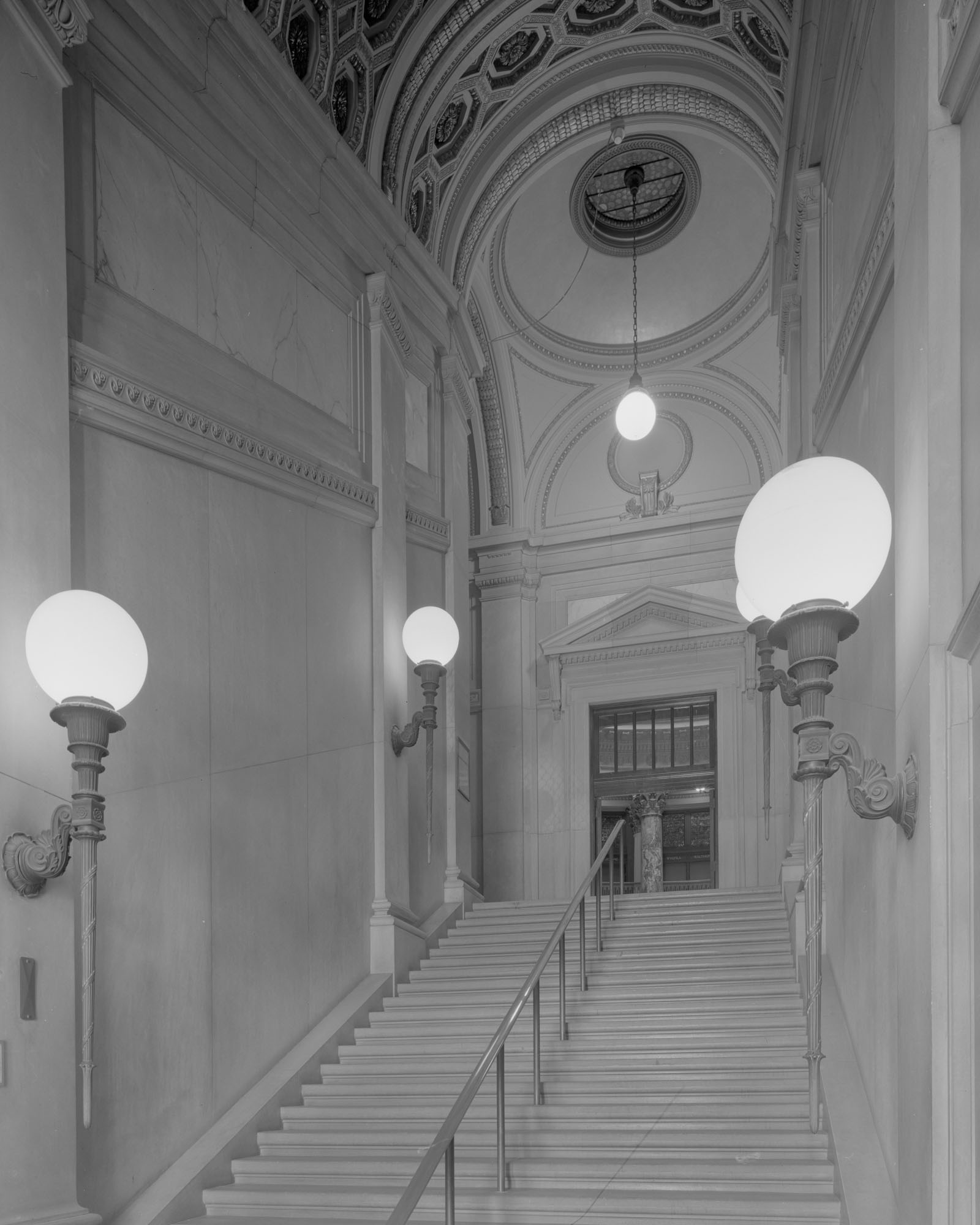 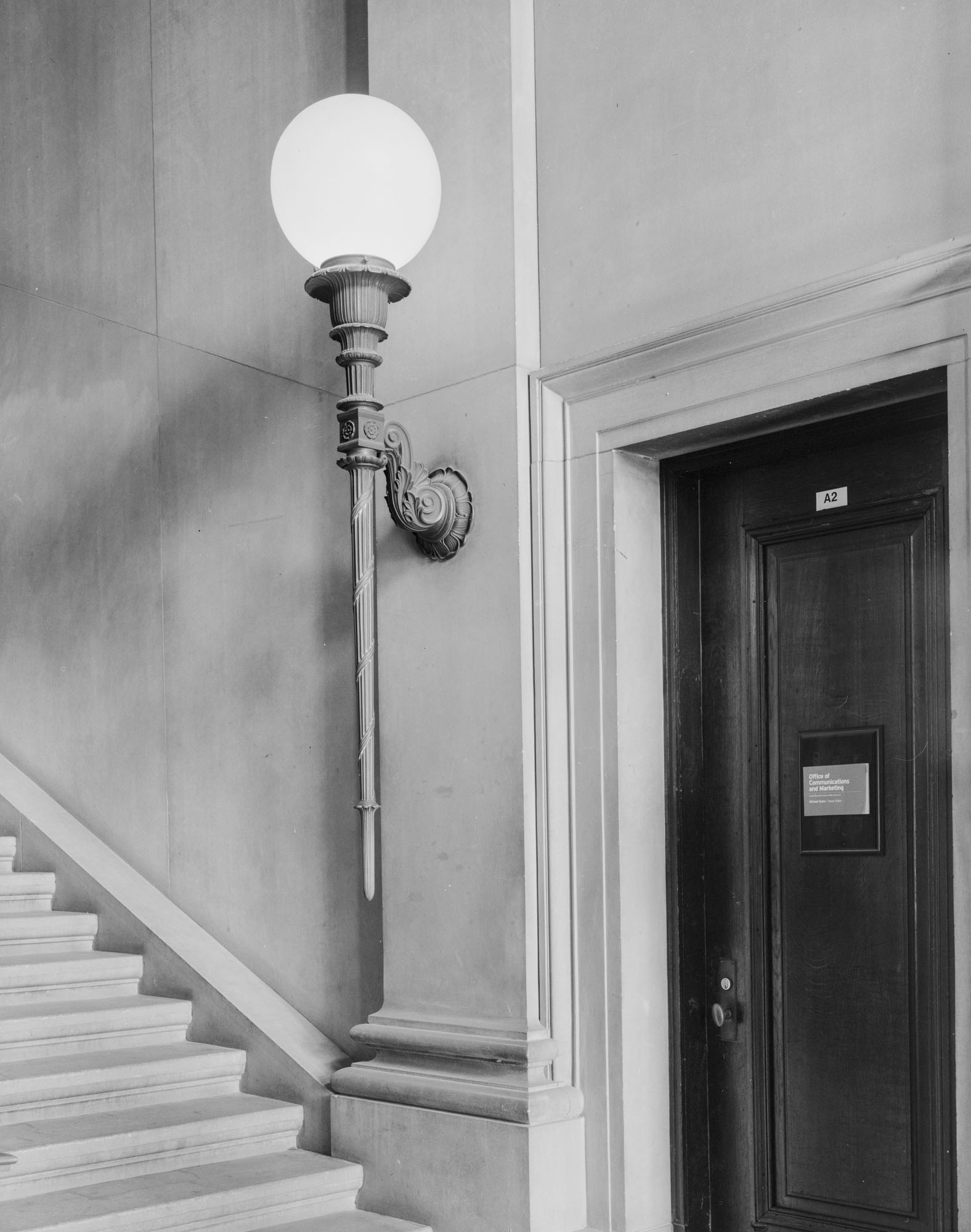 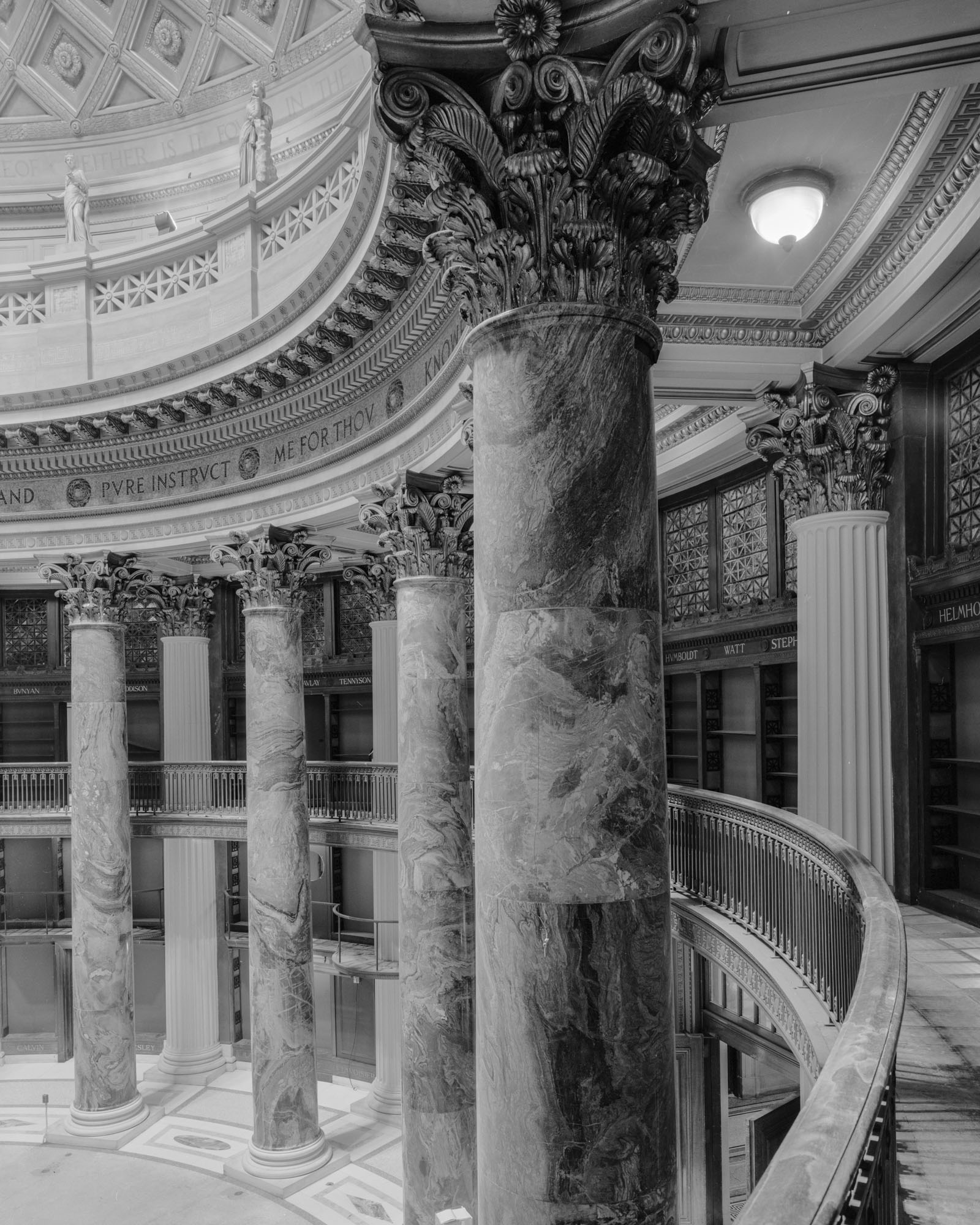 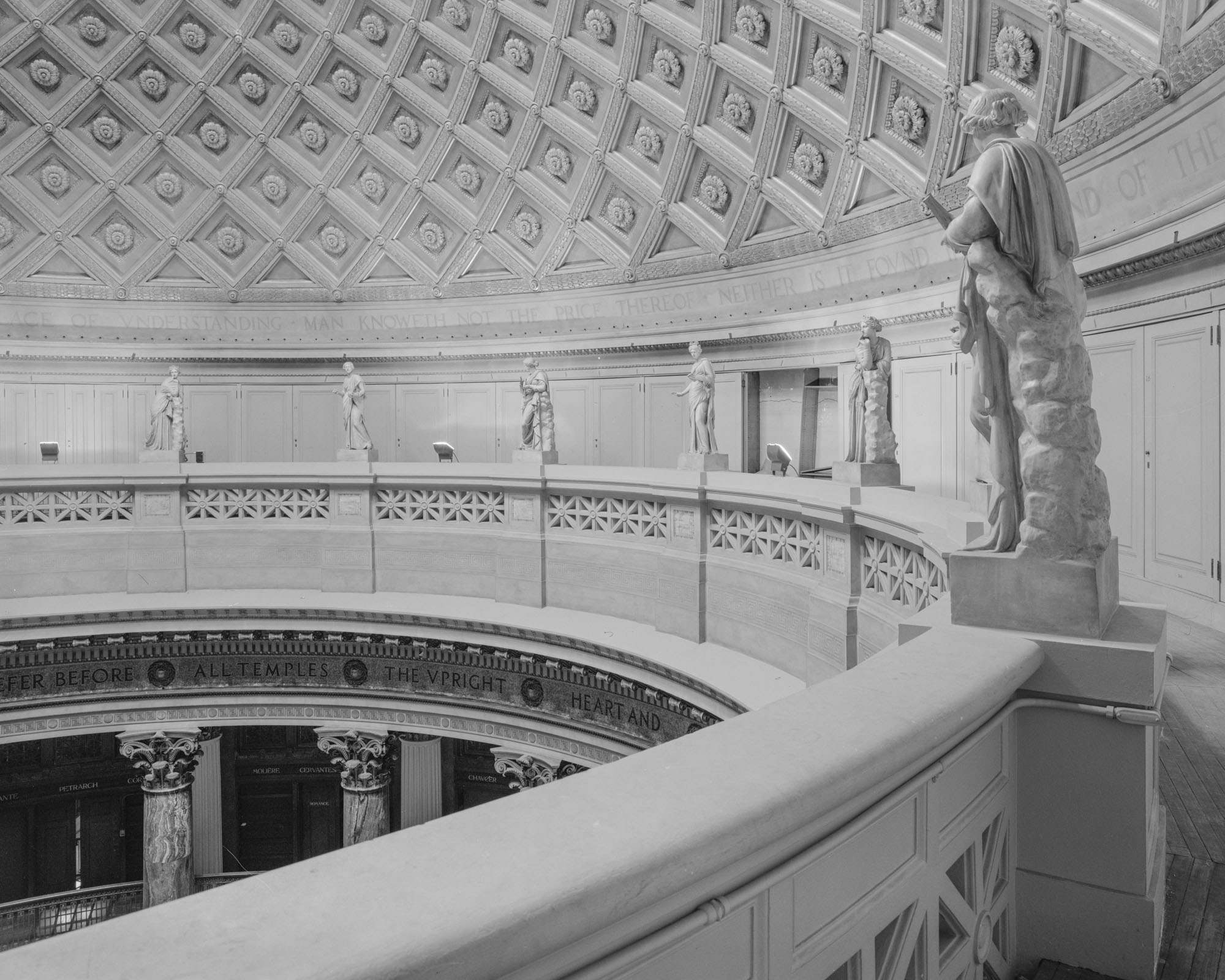 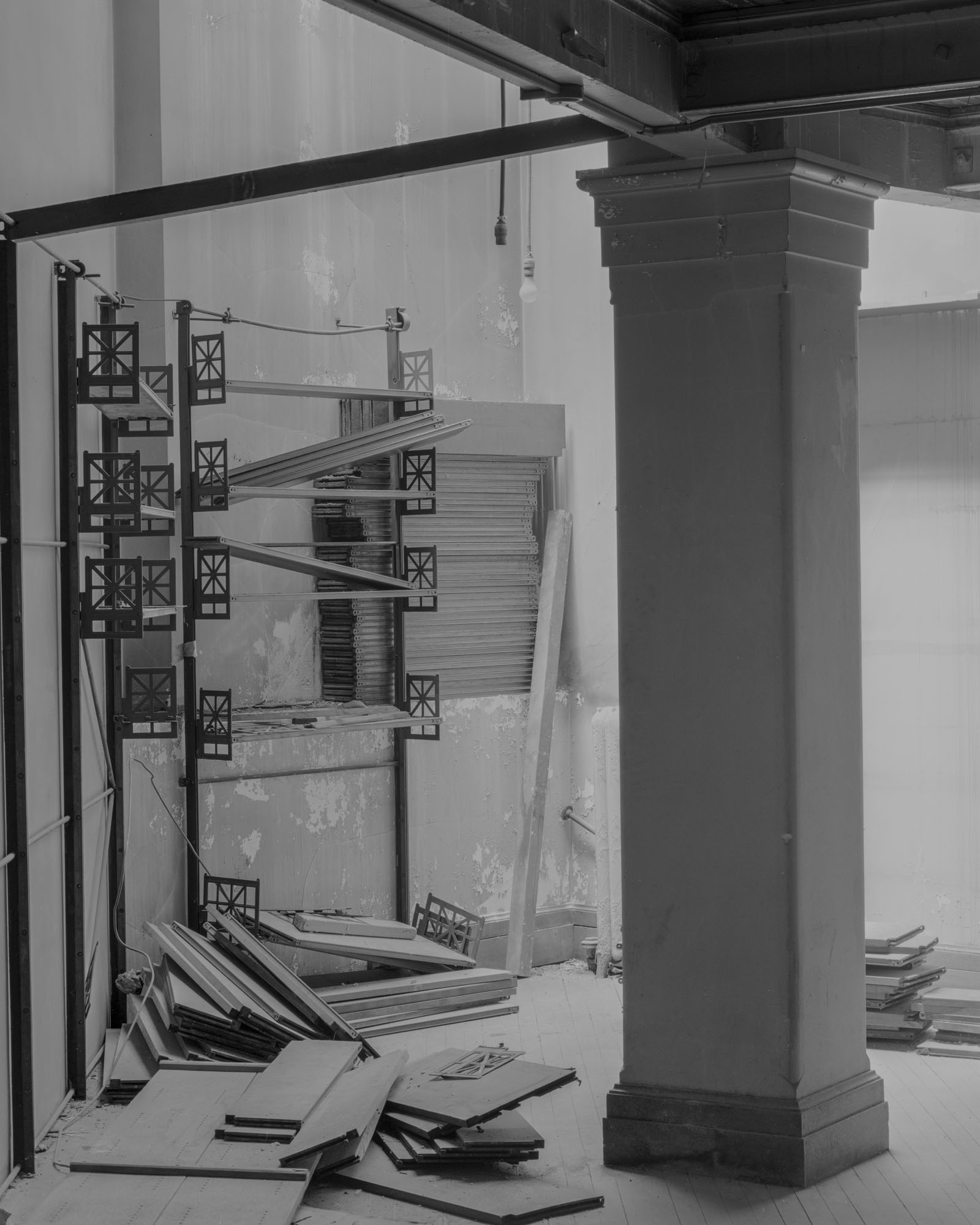 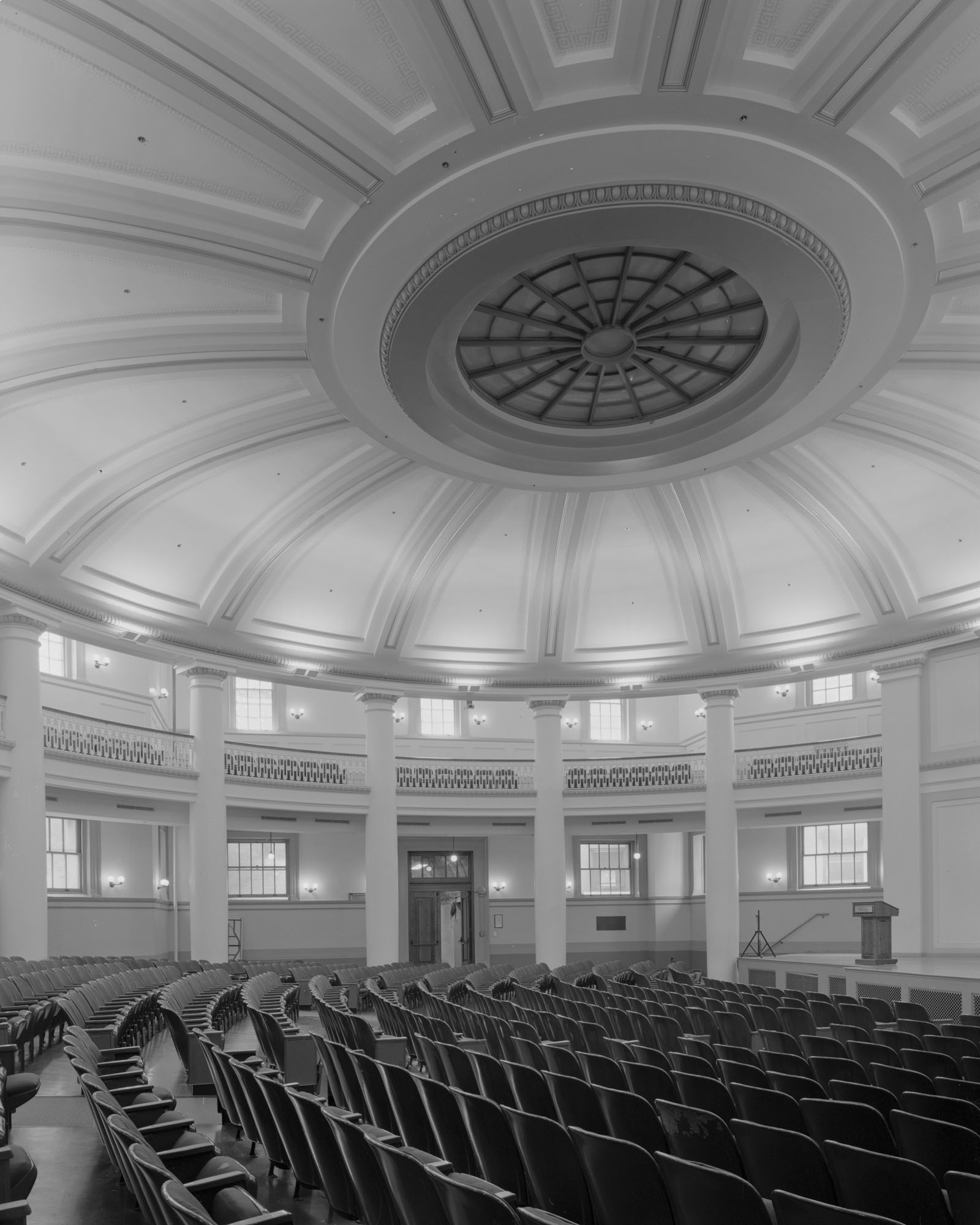 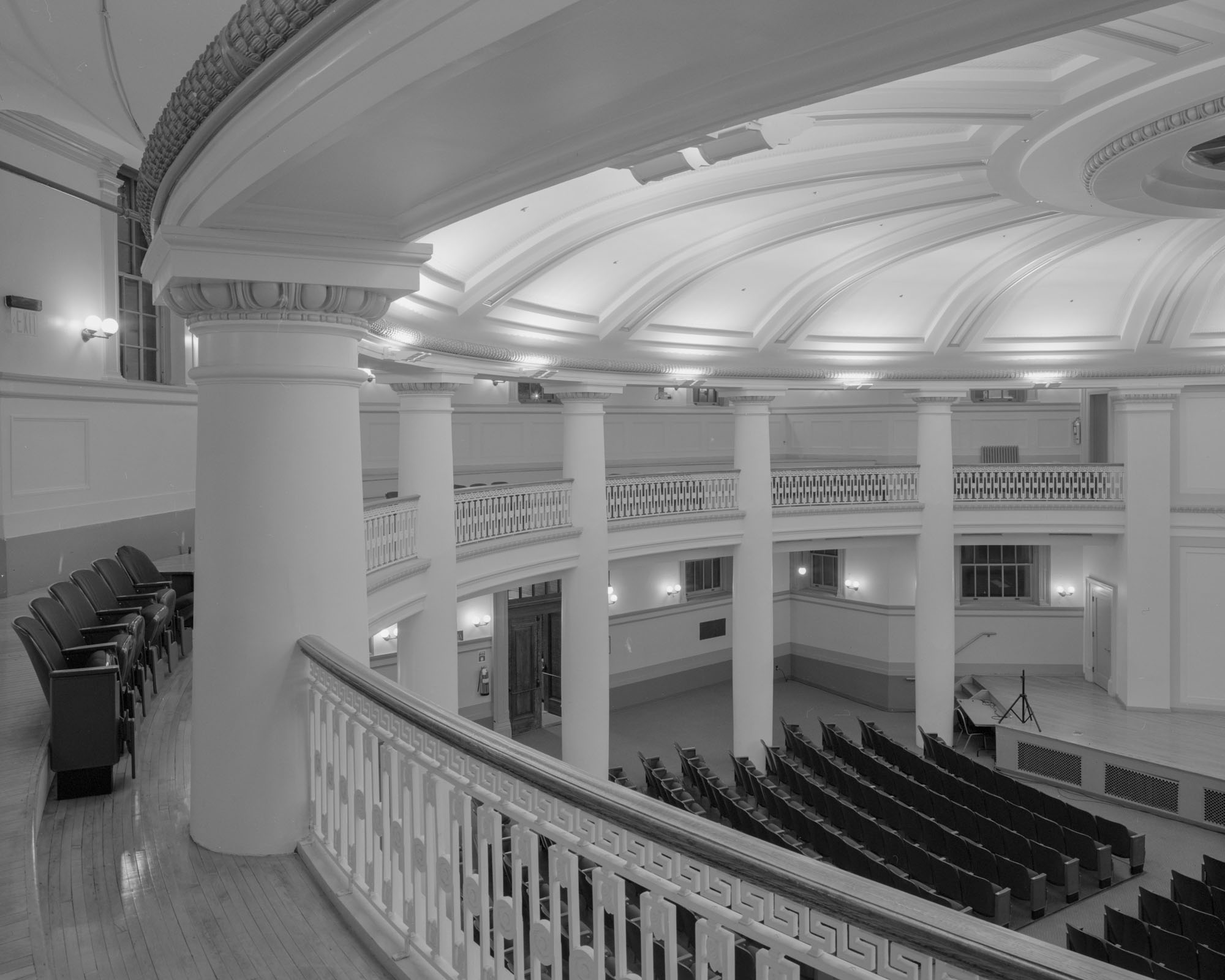 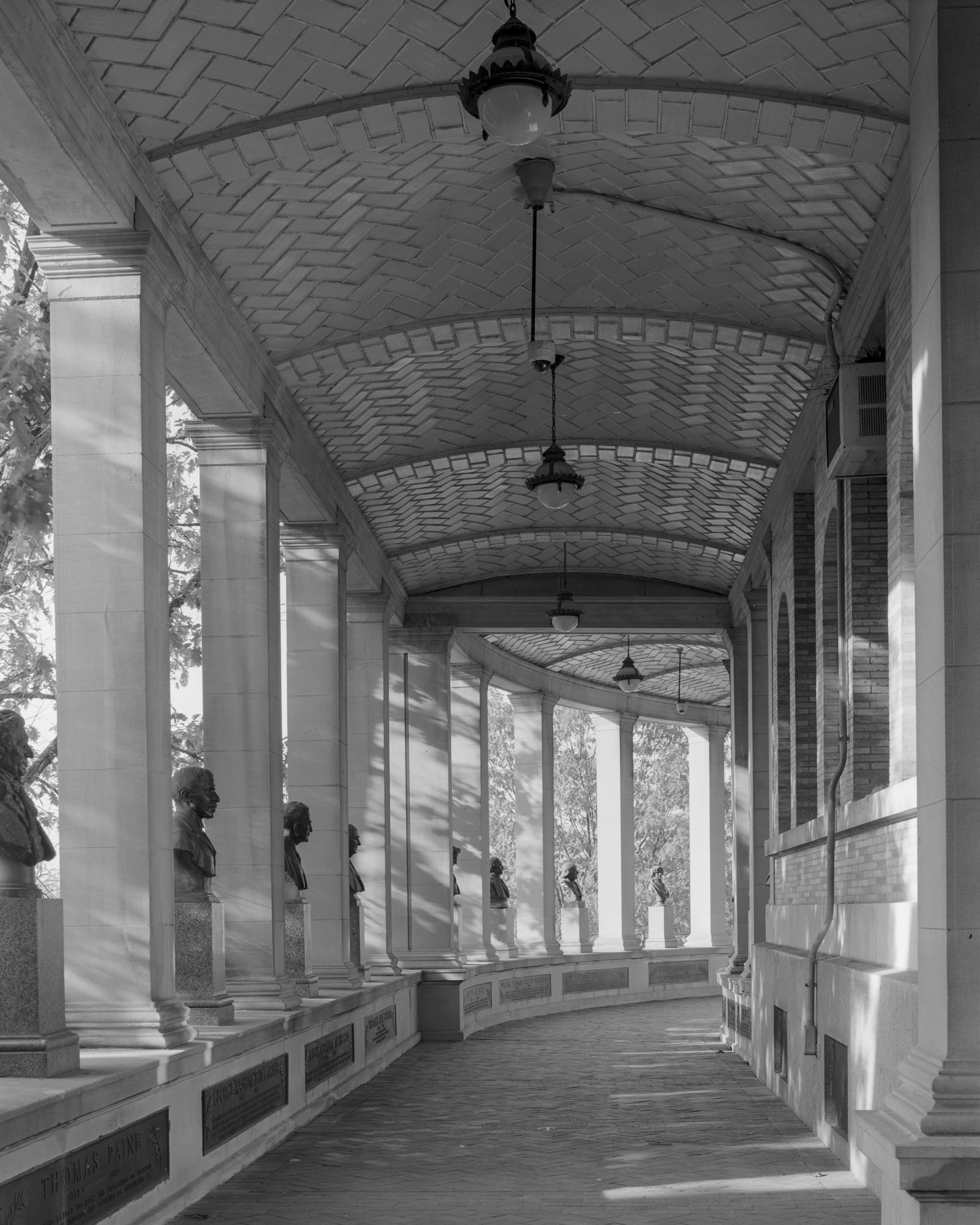 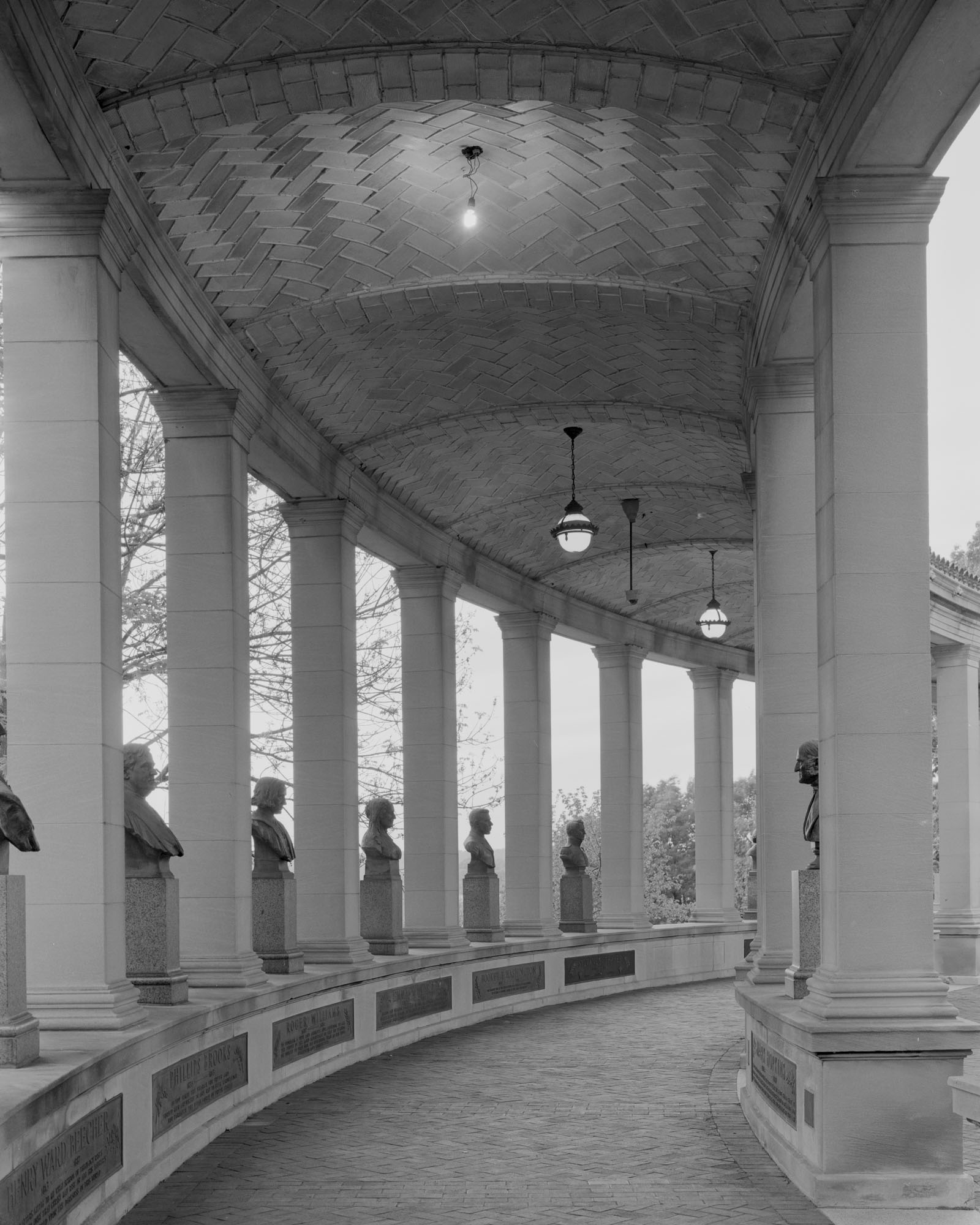 As seen in the first photo above, the library is at the center of a three-building complex, flanked by the Hall of Philosophy on the right and the Hall of Languages on the left. The three buildings are connected by an open curved walkway that was America’s first Hall of Fame, featuring busts of men and women who were prominent in arts, letters, and science. The Hall of Fame is marked both by the graceful curves and by the Guastavino tiles in the ceilings.

It was an amazing joy and honor to photograph both the interior and the exterior of the Gould Memorial Library with my 4×5 camera. The building is largely unused, meaning that I had one of America’s most significant architectural monuments to myself and my camera for an entire day. It was a remarkable experience, thanks to the efforts of the Preservation League, and the gallery above presents a small selection of my photographs there.

History Through the Lens > Uncategorized > Seven to Save Photography: Gould Memorial Library