The Lehigh Valley Railroad Roundhouse was built in 1916 in Manchester, NY, a small town between Rochester and Syracuse. This semicircular building once was a key part of the largest freight yard and locomotive service facility in the world. Almost 450 feet across, the inner part of the semicircle contains 30 service bays where railroad cars were brought in for servicing, with a massive turntable in the center. The building has been abandoned since the 1970s, and fell into disrepair. The likelihood of contaminated materials as a result of decades of repair to locomotives scared away potential investors, and it was named to the Preservation League of New York State’s Seven to Save list in early 2018. The Town of Manchester made it possible for me to conduct the HABS/HAER photography. 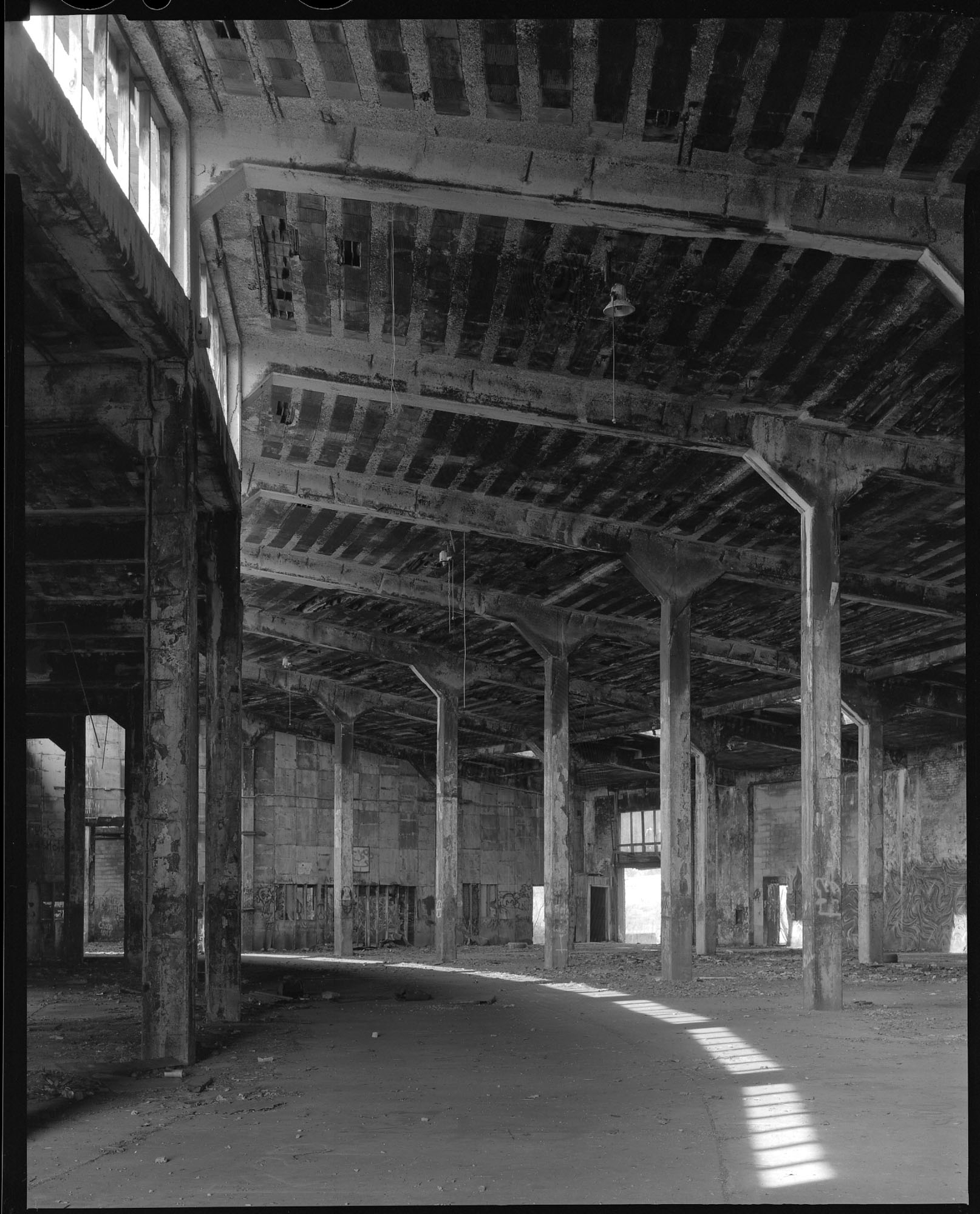 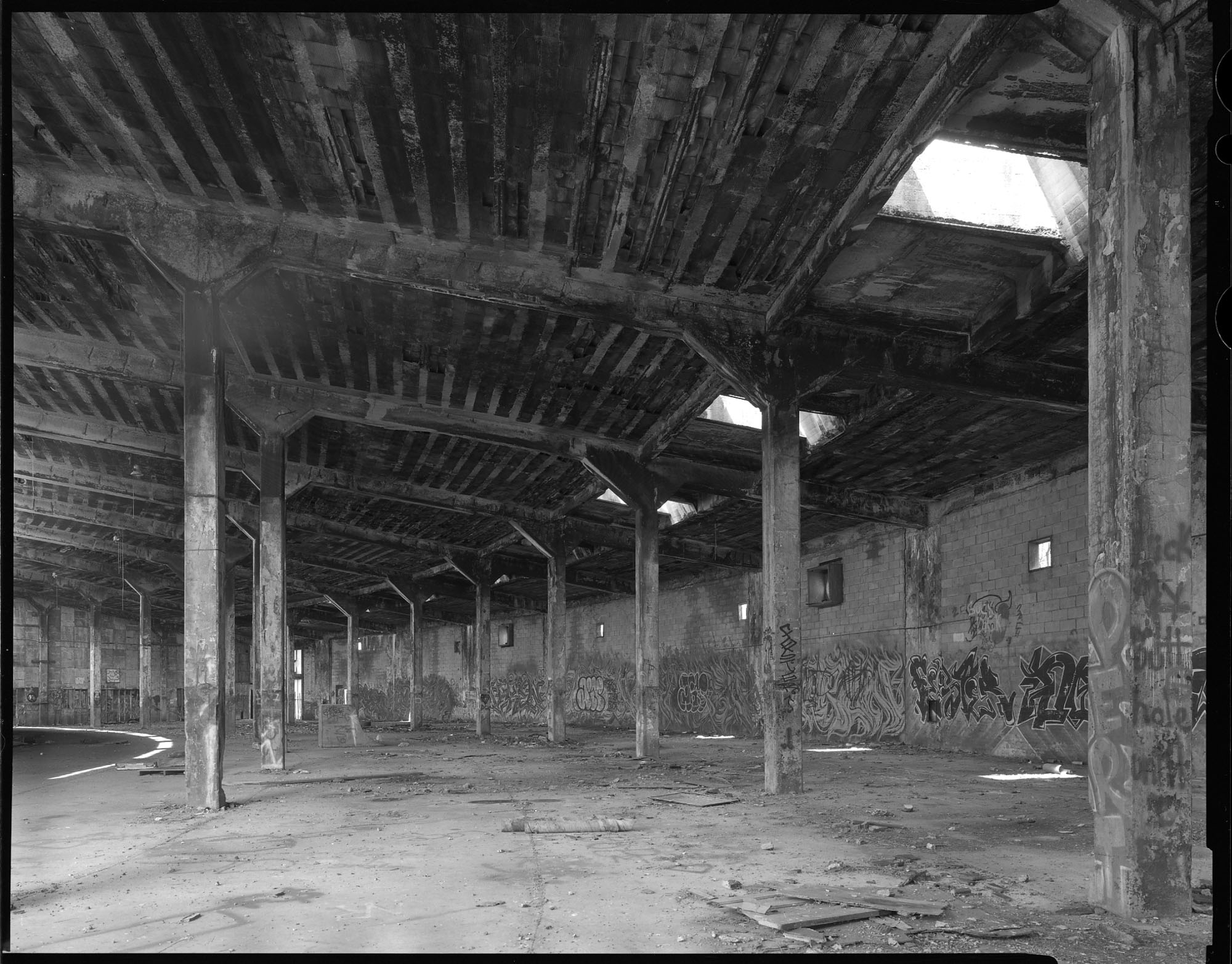 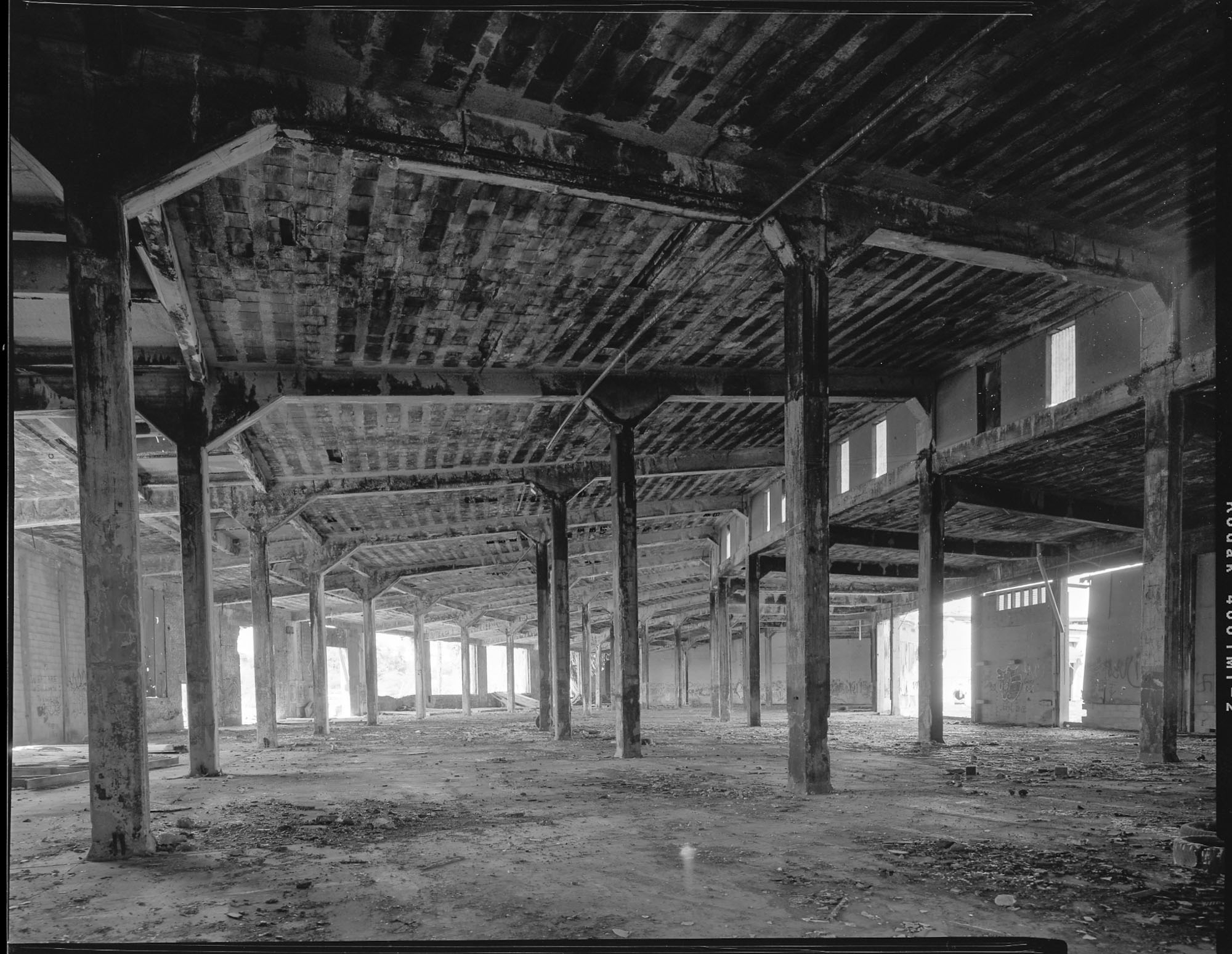 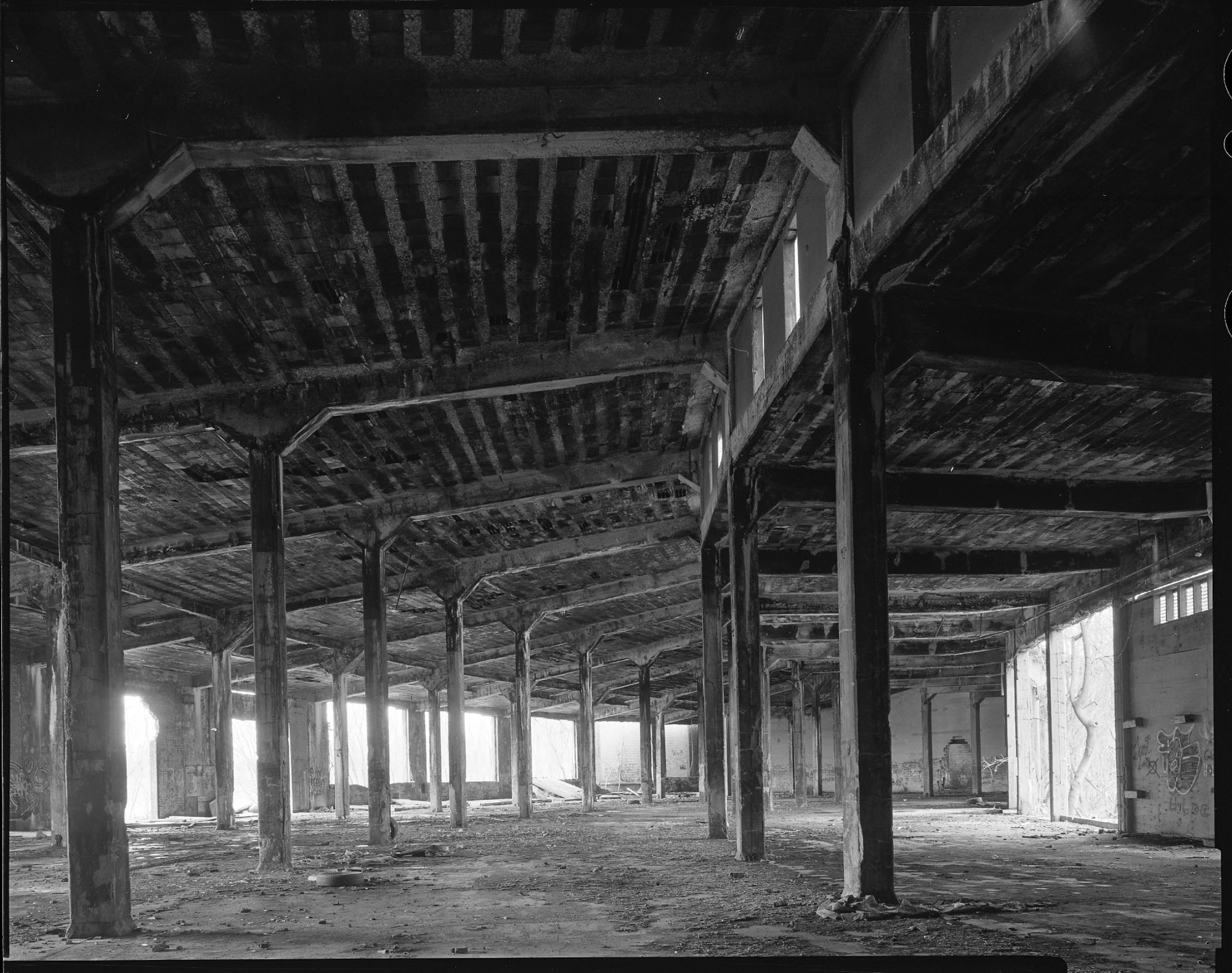 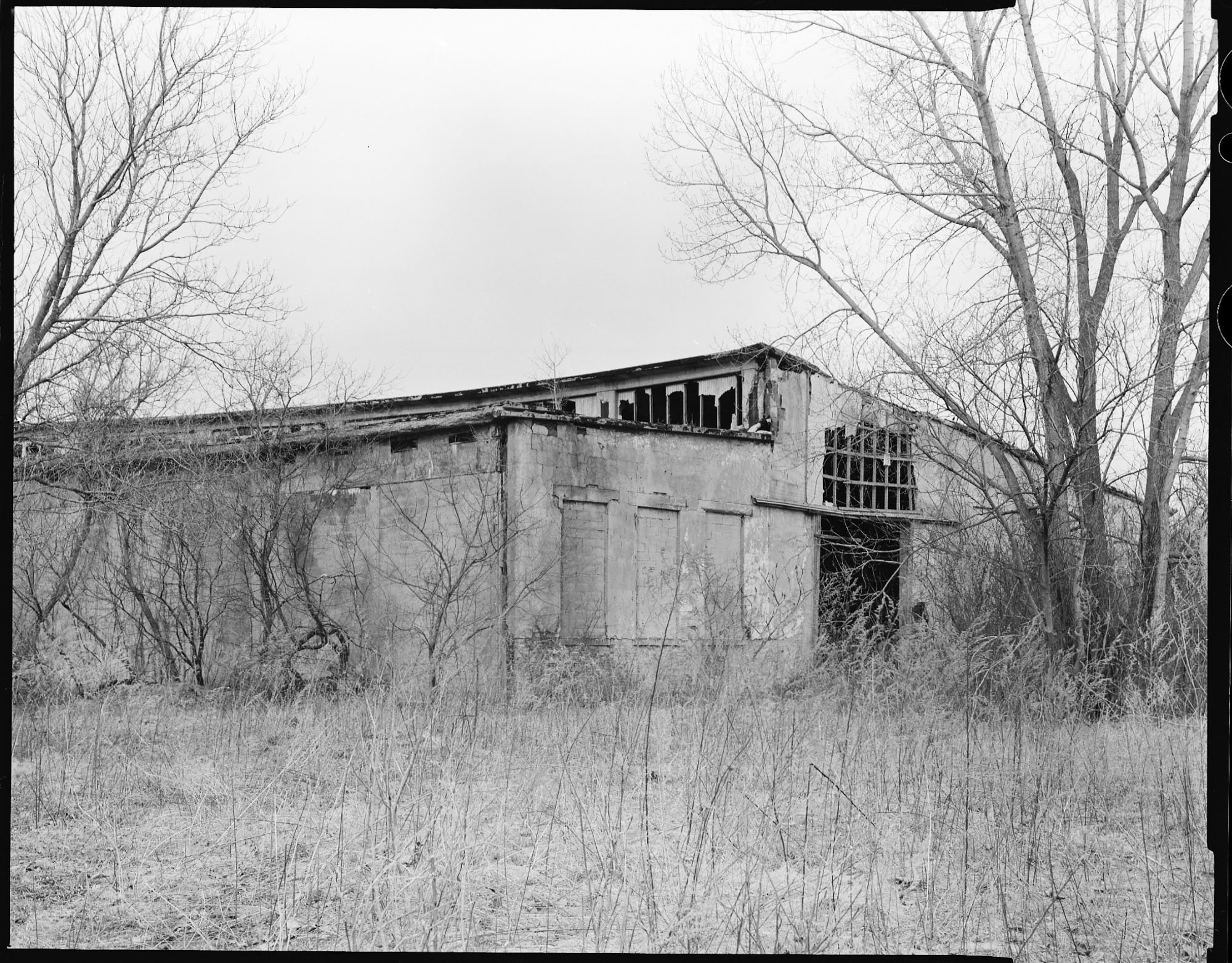 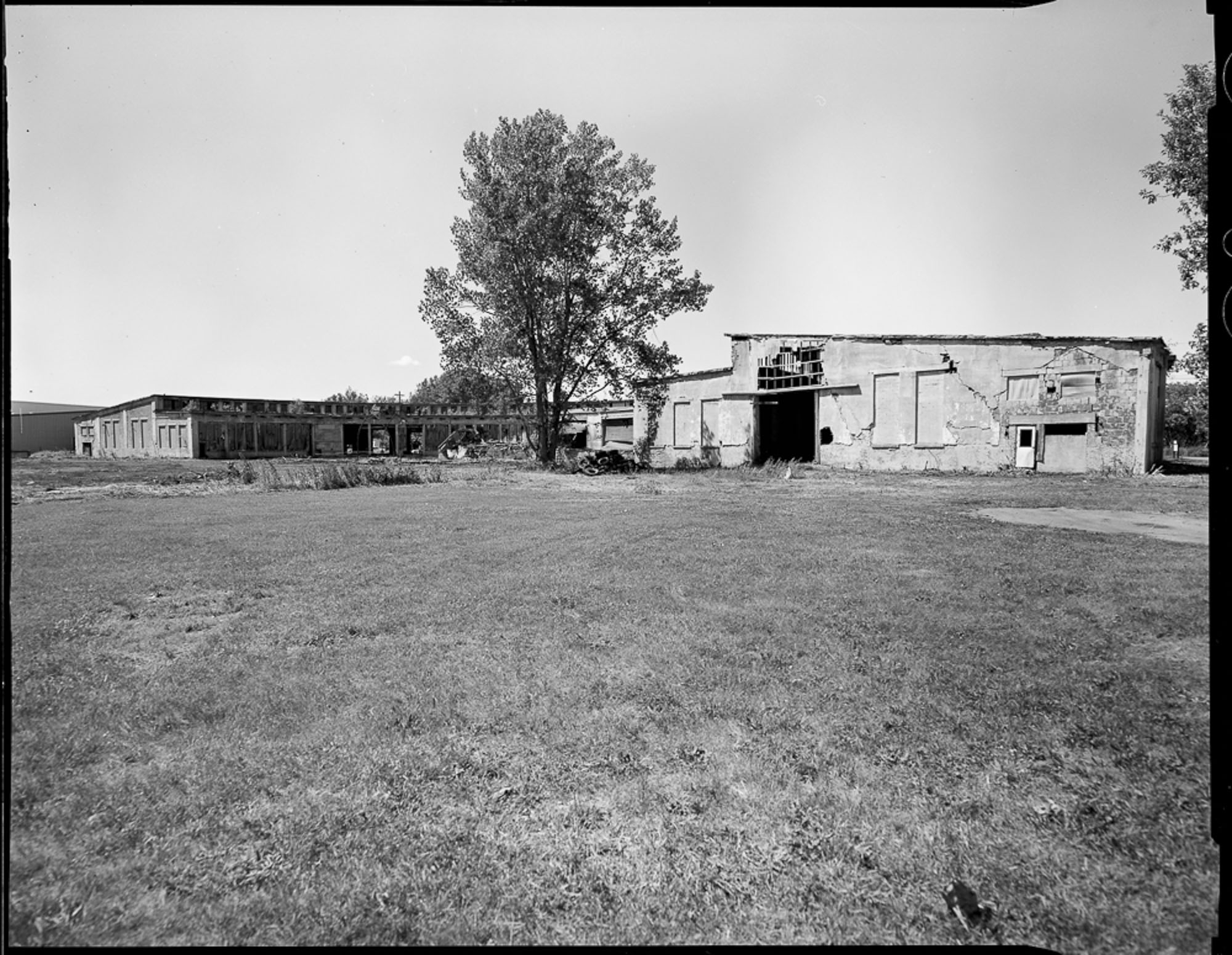 Several aspects of the building presented challenges for the HABS/HAER photography. First was its dimensions–only one story tall, it spans one and one-half football fields from end to end. Fortunately, I had recently acquired a 75mm lens for my 4×5 camera, which is wide enough to do justice to the exterior. As for the interior, it is a tall space with clerestory windows along the inner walls; with bright exterior light, this meant that the ceiling in particular was nearly always in shadow. Careful metering was important.

Just as troubling, however, was the challenge to show the semi-circular plan of the building in a photograph. One really has to walk around in the building building to get a feel for its scale and shape, which is not possible in a still photography. The sun, however, helped out immensely, when it shone through the clerestory window to form a semi-circular band on the floor. This allowed me to represent the shape of the building within one frame.

There have been good signs of late. In the spring of 2018 the Town of Manchester secured support from the U.S. Environmental Protection Agency to conduct a survey of the ground surrounding the roundhouse, as a way to begin identifying the nature of the contaminants that are present. As a prelude to this work, the Town of Manchester coordinated a massive effort to clear the land around the building, removing enough vegetation and trash to fill nine 30-yard dumpsters. Hopefully this will inaugurate the redevelopment of this remarkable building.