In May 2019 I had the chance to attend the Michigan Historic Preservation Network‘s annual conference. The conference was held in the historic city of Holland, MI, and I was hooked. It is a beautiful small city, with a fantastic historic district. I brought my 4×5 camera with me, and was able to take some time during the conference for a bit of HABS/HAER photography. The city is clearly worth a more intensive look than I could give during my short visit there.

This was my first time attending the MHPN conference, and it was fantastic. The spirit of camaraderie among my preservation colleagues there, and their love for the state and its fantastic range of historic resources, was invigorating. Despite not being from Michigan, everyone there welcomed me, and I would like to think that I have made some good friends and colleagues. I will look forward to attending more of their conferences. 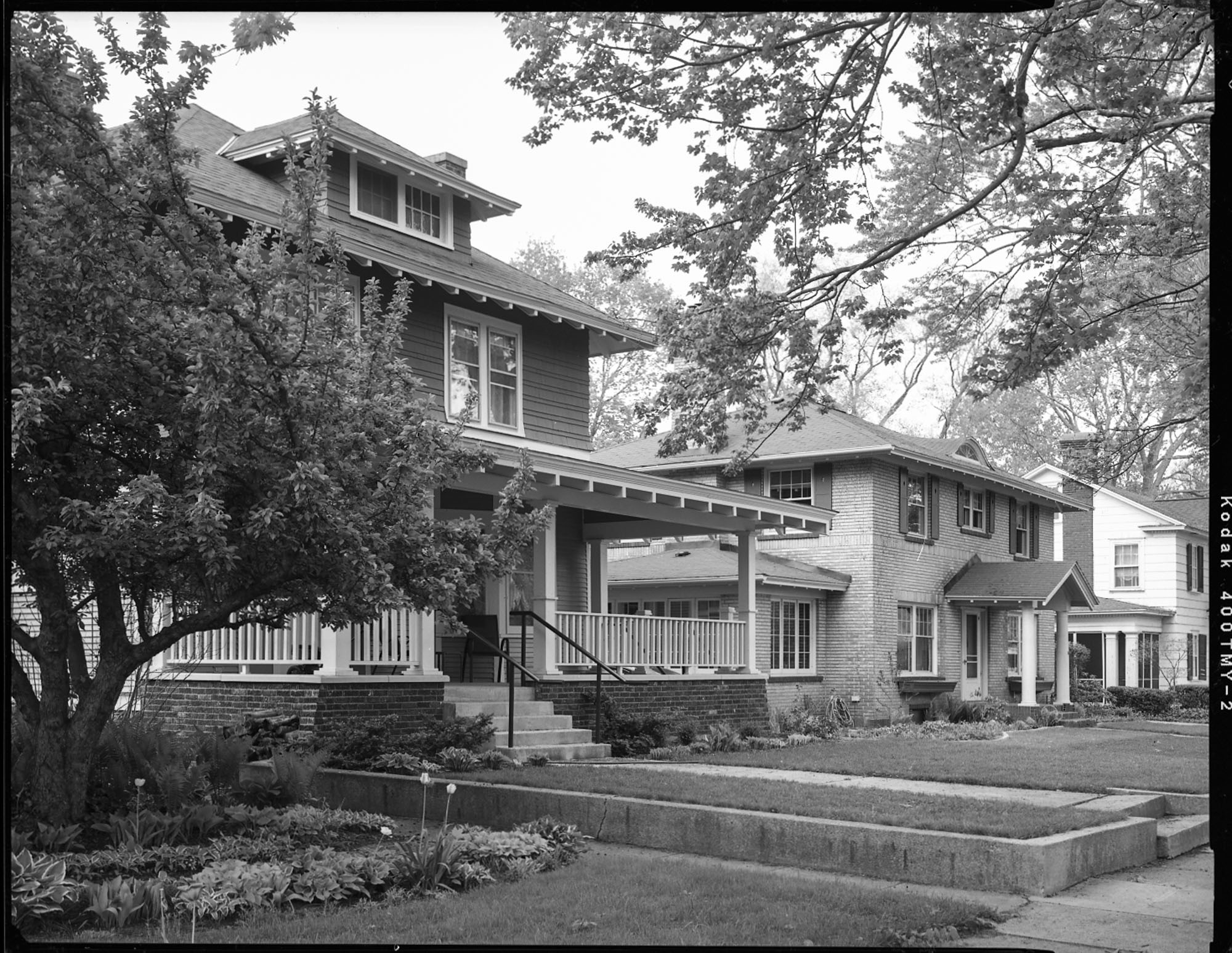 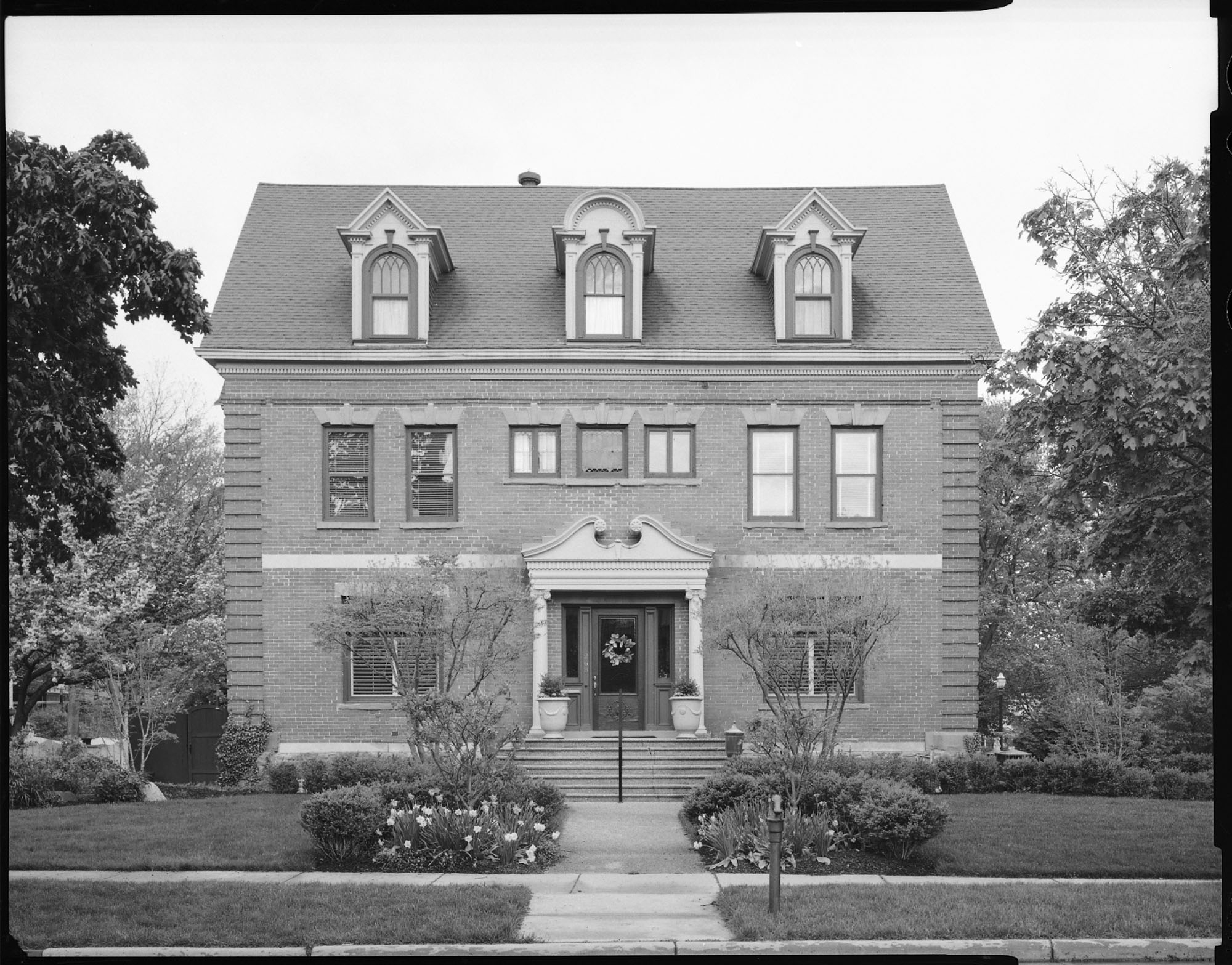 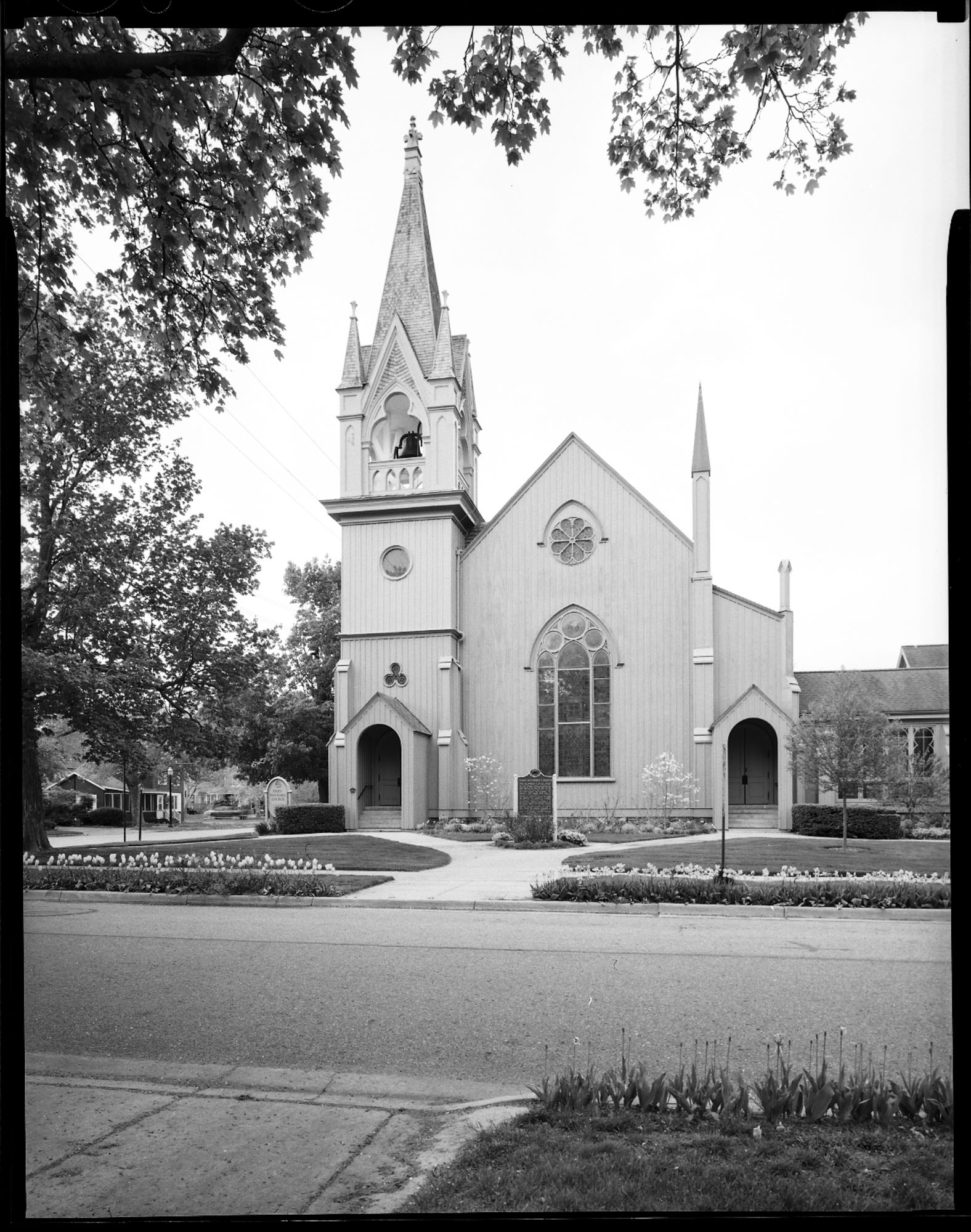 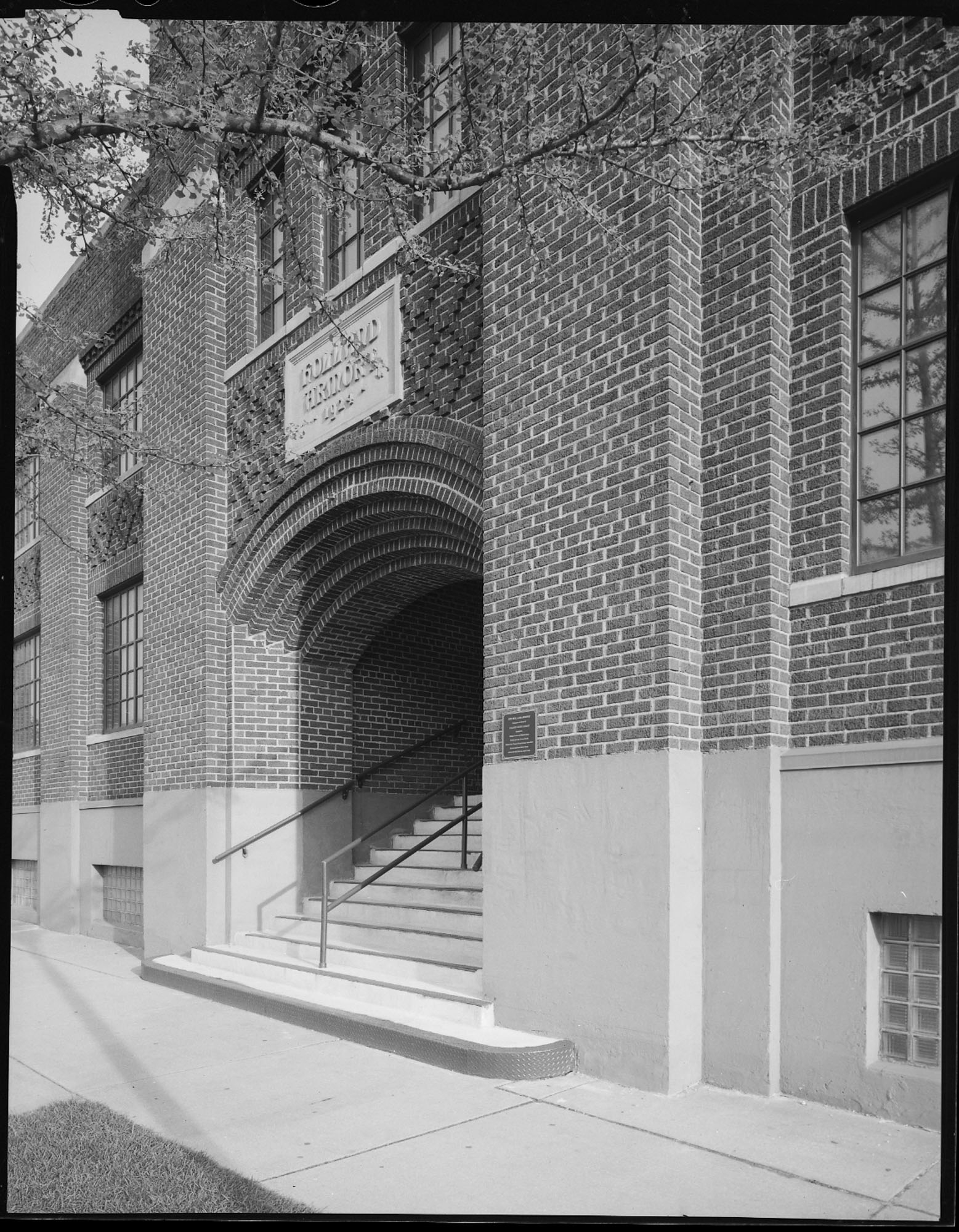 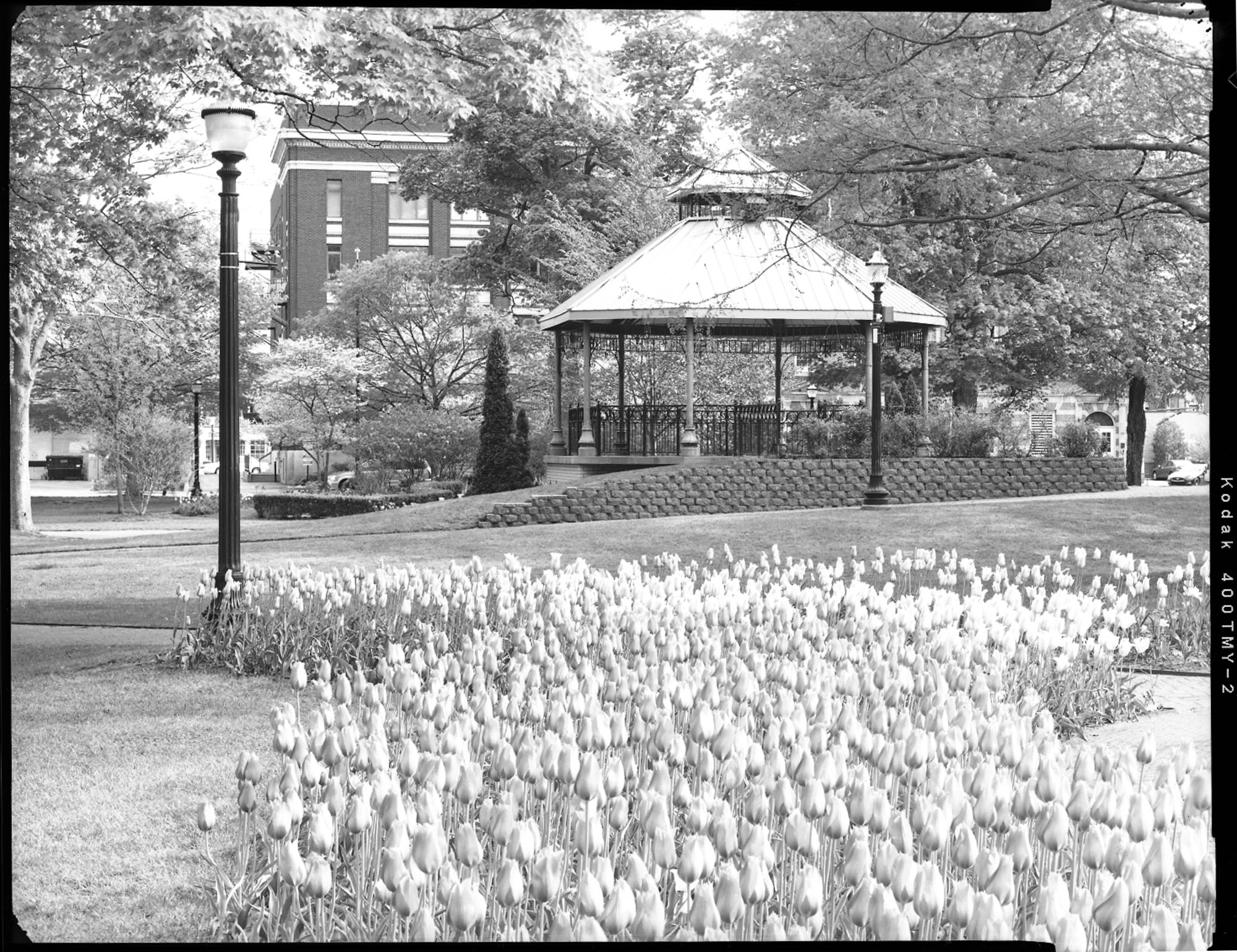 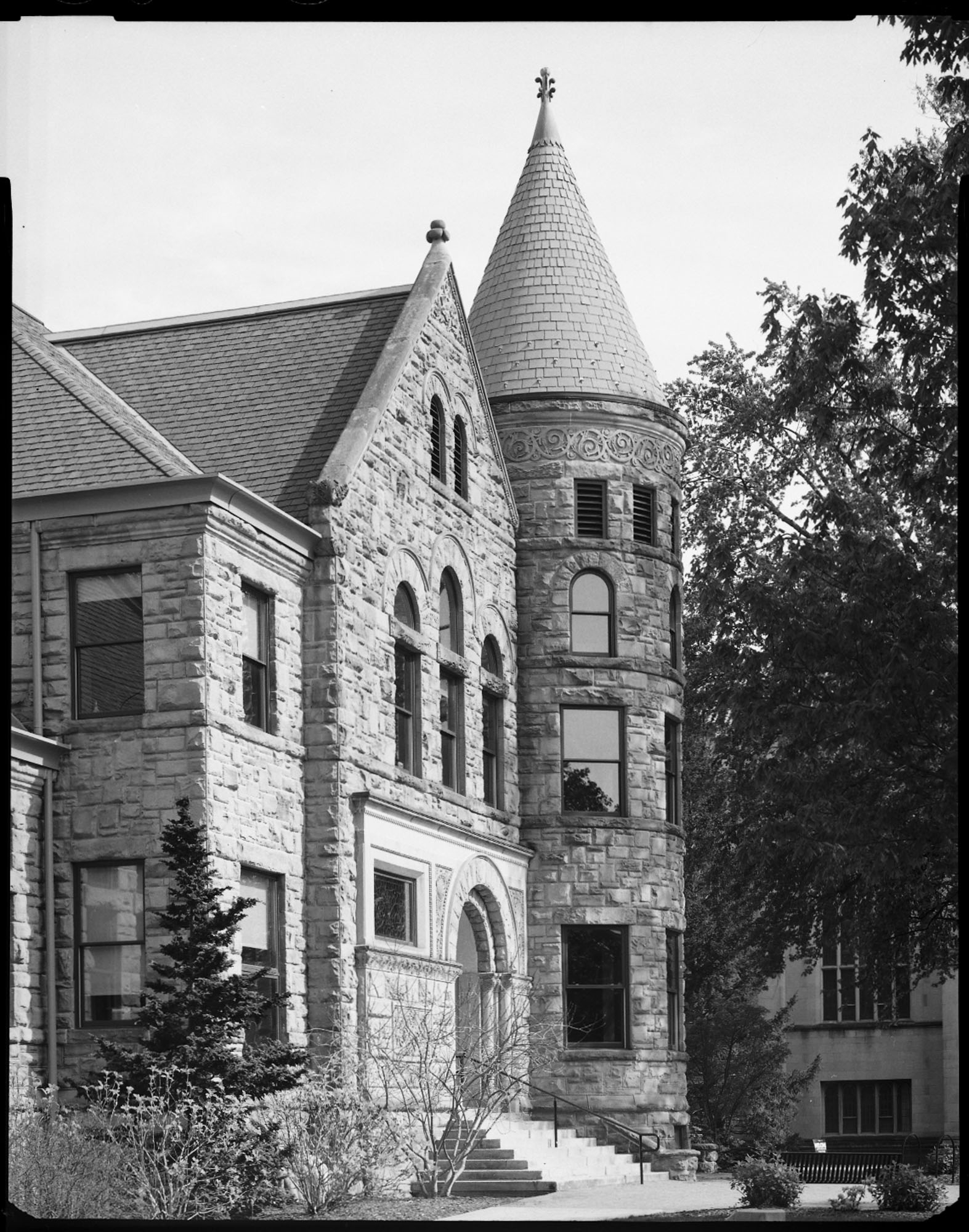 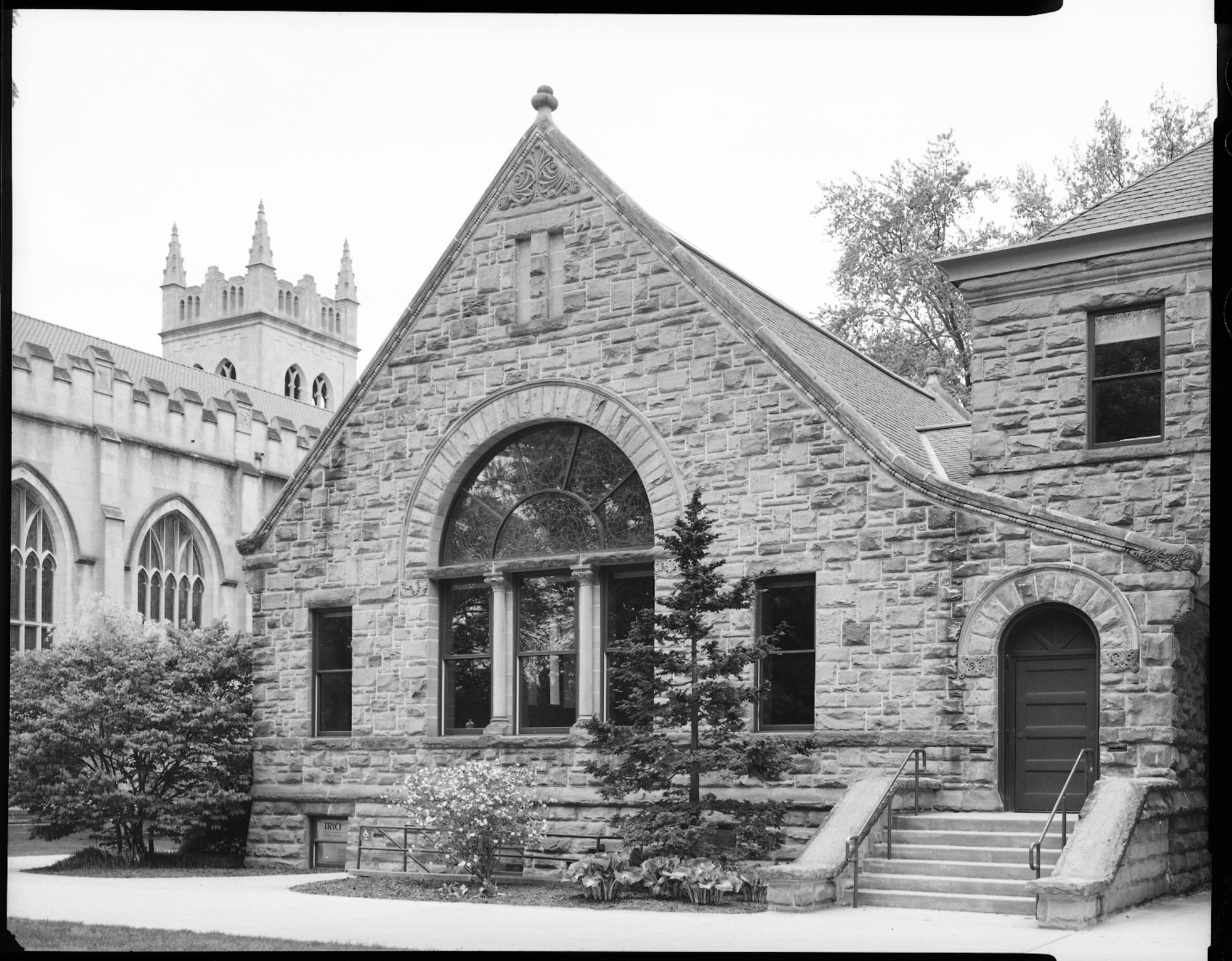 The Holland Historic District was listed on the National Register of Historic Places in 1983 (revised in 1990), and is primarily residential, though with a scattering of other buildings including churches, with 158 contributing resources. All of them were built after the devastating fire of 1871, on the same night as the massive fires in Chicago, Illinois and in Port Huron and Manistee, Michigan. The neighborhood contains a wonderful mix of late-19th and early-20th century architectural styles, including Colonial Revival, Craftsman, and even some Gothic Revival examples.

The conference was based at Hope College, located in downtown Holland immediately adjacent to the historic district. Created shortly after the first Dutch settlers arrived in Holland in the mid-19th century, Hope College was supported by the Reformed Church in America, and remains inspired by its Christian commitment. The earliest building is Van Vleck Hall, built in 1857. During my short visit, though I was drawn to the Graves Hall, a terrific Romanesque Revival building that was built in 1894.